"There is hope, but not for us."
-Franz Kafka

I.
-after Paul Chan

There are things we lose
We meant to have lost

Like a first remove the
Strikeout of these letters

These bodies in wartime
We can not be them

Voting with our tongues and
Moreover our dollars doing

The things we wouldn't dare
Poetry what's left of

Poetry must be an indict-
ment of war and people's

Behavior during war and
Mainly the poet's behavior

During war because all
We have are words at

Our disposal and these
Bodies are not only

Disturbed they are not
Only blown to bits by

Language something feels
Us and this is not

Just a feeling this is
Not just an idea either.

Our care for women
My wife I have been

Thinking about the
Violence committed every-

day against women
There is a point

I believe at which
Every man can no

Longer tolerate being
A "man" can no

Subject position under-
standing how women

Struggle everyday with
Violence one doesn't

Always intend to
Be Feminist but this

Feeling for the body
At risk of being

Harmed of being
Annihilated or hum-

iliated is Feminist
This feeling for

The excuses we make
Cowardly and cruel.
Posted by Thom Donovan at 2:28 AM No comments:

is now up at the Poetry Project's blog.
Posted by Thom Donovan at 2:51 PM No comments: 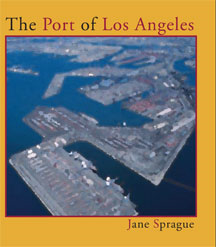 I recall fondly visiting Jane and her lovely family in Long Beach, CA where I read with Rob Halpern for her events series Long Beach Notebook. We drove together to LA where along the way we passed the ports of which Jane is a scholar and a dire lyricist*...


from The Port of Los Angeles

I was singing with a closed mouth

Reviews
In this collection of interlocking texts, Sprague adroitly intersperses the distributive dimensions of material and cultural international commerce and its strange-making effects (as on your daily donk of style, and the shine it gets from being commodity No. 1). The Port of Los Angeles has moved this reader from somewhere--to somewhere else. My bet is that many others can catch the rapid ride too. Sprague's vigorous no-bones vocability springs off of every page, and the droids are plotting to revolt!" --Rodrigo Toscano

Part post-industrial sea chantey, part epiphany against the "economies of loss" that expand exponentially with each morning's news that struggles to stay news, Jane Sprague's The Port of Los Angeles offers us a rare and varied thick description (with Whitmanesque undertows) of those moments when our living-breathing-trying-to-pay-the-bills-selves meet the vast expanse that is the seemingly boundless sea. "John Steinbeck was right," the poet writes. And Jane Sprague certainly is, too." --Mark Nowak

*dire is a term I have often heard Sprague use to designate recent lyrical poetries critical of language's complicity with "natural" and social disaster.
Posted by Thom Donovan at 12:41 PM No comments:

I have been enjoying backtracking through this website devoted to cross-over between art + music, A Million Keys.

What a great connection! http://bestnightmareyouget.com/?p=238
Posted by Thom Donovan at 1:34 PM No comments: 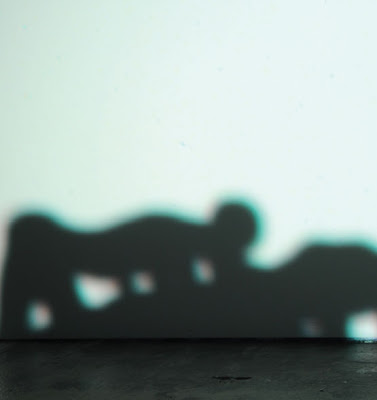 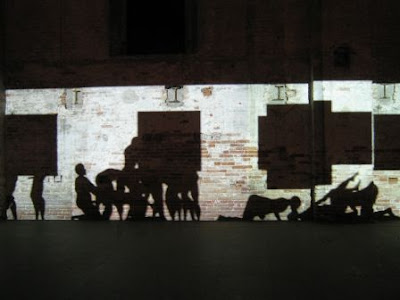 Flicker with bodies ace-
phalics on their knees

Bleeding cubes float
At the beginning am I

At the beginning use
Of wall as cage as

Why Sade now why
Not Marx why not

Machiavelli or Spinoza
But for torture because

We are in a time
Of cruel affect and

Are flat but create
Foregrounds contexts

Cliché (cut-out) they
Are gestural too these

Quivers shakes diddles
There is reference to Stein

Who overcame beginning
Again and again the

An end to this again
And again goth animation

One commands with
Penis erect another

Trembles holding a
Square over their head

This giant negativity
Of what can’t be seen

Remains rubble debris
Something trapped inside

Suprematist episodic new
Slaveries why would I

The limits of being
Human act bestially

Crawling on their knees
They make decisions

With their dicks carry
One another on others'

Backs there is also a
Spirit of Sade in labor

There is also a spirit
Of Sade in poetry.
Posted by Thom Donovan at 12:44 PM No comments:

As Per Usual Eileen Myles

hits the nail on the head...

"It's actually a terrible sacrifice the art world demands of poets, the virgins thown into the volcano, so that the shiny painting and sculpture of their time will have its equivalent in print, sort of. The poets will have backed off from the spikiness of their perceptions for the glory of instantly appearing in print at all, and for the glamour of being associated with such state-of-the-art art as modern art and even the small sum we receive for writing the average short review. Of course we like art. But that's not the point. My notebook is filled with poems too. It hasn't been a great poetic age of late, it's been an age that's non-verbal, media-oriented, ultra-visual and naturally pro-money, so no one really understands the loss, only knows that poetry is something art writers do when they are young. Or behind the art world's back."
--from The Importance of Being Iceland
Posted by Thom Donovan at 1:55 PM 2 comments:

Trish Salah, Robert Glück & Rachel Zolf
TENDENCIES: Poetics & Practice
This new series of talks by major poets, titled in honor of Eve Kosofsky Sedgwick, will explore the intersection of contemporary poetic manifesto, practice, queer theory and pedagogy. Too often today, statements on poetics and their manifesto-like style have been moralistic or prescriptive discourses. By contrast, this series will attempt a Kinsey-like survey of actual poetic practice--what writers actually do, in the writers' own words--in the process queering the manifesto, inventing new terms for poetics discourse, and emphasizing queer writing and poetics.

Born in Halifax, Trish Salah is a Montreal-based writer, activist and teacher at Concordia and Bishop's Universities. Her first book of poetry, Wanting in Arabic, was published in 2002 and her recent writing appears in the journals Open Letter, EOAGH, No More Potlucks, Aufgabe, West Coast Line. Her new manuscript, Lyric Sexology, is near completion.

Robert Glück is the author of nine books of poetry and fiction, including two novels, Margery Kempe and Jack the Modernist and a book of stories, Denny Smith. Gluck edited, along with Camille Roy, Mary Berger and Gail Scott, the anthology Biting The Error: Writers on Narrative. Glück was Director of The Poetry Center at San Francisco State, Co-director of Small Press Traffic, and Associate Editor at Lapis Press. His poetry and fiction have been published in the New Directions Anthology, City Lights Anthologies, Best New Gay Fiction 1988 and 1996, The Norton Anthology of World Literature, Best American Erotica 1996 and 2005, and The Faber Book of Gay Short Fiction.

Rachel Zolf's most recent book of poetry, Human Resources (Coach House, 2007), won the 2008 Trillium Book Award for Poetry and was shortlisted for a Lambda Literary Award. Previous collections include Shoot and Weep (Nomados, 2008), from Human Resources (Belladonna, 2005) and Masque (Mercury, 2004). Her poetry and essays have appeared in journals such as Xcp: Cross-Cultural Poetics and Open Letter and in the anthologies Prismatic Publics: Innovative Canadian Women's Poetry and Poetics (Coach House, 2009) and Shift & Switch: New Canadian Poetry. She was the founding poetry editor of The Walrus magazine. Neighbour Procedure will appear in the spring from Coach House Books.

TENDENCIES: Poetics & Practice is curated by Tim Peterson. For additional information, visit the Tendencies blog.
Posted by Thom Donovan at 3:23 PM No comments: 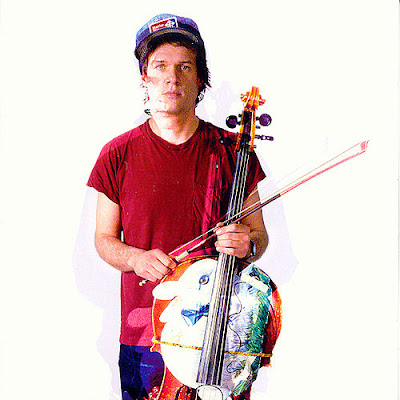 Here is a review I wrote of Tim Lawrence's Arthur Russell biography, Hold On To Your Dreams:
http://thefanzine.com/articles/music/373/arthur_russell_revived-_hold_on_to_your_dreams_
"One of the most impressive things that Lawrence does throughout Hold On To Your Dreams, is not only provide a sensitive and detailed rendering of Russell's life, but also the story of large and complex cultural confluences channeled by a single person. Russell's lifework is also a Whitmanesque project of containing multitudes inasmuch as it successfully negotiates groups of people, musical styles, and cultures that, to many at the time, seemed at best mutually exclusive, and at worst downright antagonistic. As Lawrence insists repeatedly throughout his book, during a time when 'avant garde,' pop, classical, (post-) punk, and emergent dance musics such as disco and house could not seem to speak to each other, let alone find common cause, Russell was equally pioneering in each musical culture/genre."
Posted by Thom Donovan at 11:14 AM No comments: