For mysticism, unlike theology, it is not a matter of constructing a particular, coherent set of statements organized according to "truth" criteria; and, unlike theosophy, there is no interest in letting the violent order of the world reveal itself in the form of a general account (which makes personal experience irrelevant), but it is a matter of dealing with ordinary language (not the technical sectors) from an inquiry that questions the possibility of transforming that language into a network of allocutions and present alliances. A double cleavage. The initial division spearates the *said* (what has been or is stated) from the *saying* (the act of speaking [*l'acte de se parler*]). The second, produced by "spiritual" labor, cuts into the density of the world to make of it a *dialogic* discourse: *I* and *thou* seeking one another in the thickness of the same language [...] *I* and *thou*: two terms whose difference, regained and maintained, will be lost in the relation that posits them.

A certain number of mechanisms necessarily follow. Analogous to the linguistic signs of utterance, these terms do not refer to an object or entity (they are not referential or denominative), but to the agency of discourse itself. "I" is an "empty" form that simply announces the speaker. It is a "siteless site" realted to the fragility of social position or the uncertainty of institutional referents. The question addressed is not one of "competance." It targets the *exercise* of language, performance, and thus, in the strictest sense, the "reestablishment of language within the context of discourse." Of the elements in mystical texts related to utterance, I will cite only three--decisive--examples. They concern the precondition of discourse (a locus where the Spirit speaks), and the figuration of discourse as a content (an image of the "I"). In these three modes--convenetions to be established, a place of locution to circumscribed, and a representation on which to base a narrative--the realtion of a traditional language to the possibility of its being spoken is renewed. More fundamentally still, what is renewed is the relation between the signifier and the constitution of the subject: do we exist to speak to the other, or be spoken by him?"
--Michel de Certeau
Posted by Thom Donovan at 1:57 PM 1 comment:

Email ThisBlogThis!Share to TwitterShare to FacebookShare to Pinterest
I don't know for sure
where your hand is

begins I don't know
what's up when words pivot

there is no such difference
between believer and believe.

I have fallen through
these lines notes

I have fallen
with you I break
my lines like I break my love.

Where have you come
from my daughter

There is recourse
to speak to you in a poem...

If I was you if you were me. Every poem is critical, an act of criticism before Criticism.

Every poem is rhetorical. Poems can be especially rhetorical in their lack or evasions of rhetoric.

Beyond a content or structure per se, the formal qualities of language objects fulfill or bear a critique. These forms are both cultural, historical and personal (involving a personality or person as complex).

The sound and rhythmic values of poems are especially meaningful. They may in fact be *all* the meaning of the poem really is "in the end". Nothing is denoted, conveyed, messaged so much as it is timed, sounded, sensed, measured, rhymed, spaced. In this the poem fails or doesn't fail to become articulate--meaningful, and valauble as such.

I am struck by a lyrical tradition in respects to the above. The Anglophone ballad at some point needs to be broken. There are many complicated reasons for the need of this breaking, not least of which is the oppression of so many singularities who account for liberation struggles and struggles for recognition, representation, power.

To derationalize, to stutter, to cry, to say saying, to break, to shatter, to make shudder, to unmeasure, to unwork, to make ex-centric, to make caesuras, to intensify, to hybridize, to over-determine are some of the various responses to this lyric necessity.

After Nathaniel Mackey, Susan Howe, David Lynch, and others, I am interested in an over-determination of "the voice" (if only a "voice blown from print"[Zukofsky], the printed and/or written word as Pneumatological). This question can be called one of ventriloquism and/or (lip-)synching of perceived authorized language uses. In doing the voice(s) as such too well, by imitating it/them too accurately, one over-determines its construction, bringing into relief fictions of authority, discipline, domination, identity. To accurately observe this synching may involve "over" sensitivity in Jalal Toufic's parlance; or an attention to "discrepent engagement" in Mackey's.

Reading Hughes again (and Reznikoff and Rukeyser) specifically, have also thinking about words as documentary eruptions--as eruptions, or events, of historical specificity (as opposed to non-historcity: traumatic structures, structures of ontological rupture). Much of Hughes' and Reznikoff's language (as a language of document, and "lived" speech) manifests such eruptions. How a word used particularly can form a pivot or hinge-work in time. How it can puncture. How in its opaqueness it can stare at us--not so much a blindspot, as a winking back or smudge on an otherwise too-lucid glass of progress and memory.
Posted by Thom Donovan at 1:50 PM 1 comment: Soteriology of what a body can do


A politics of what these wings must
Posted by Thom Donovan at 10:24 PM 4 comments:

A Note on John Taggart & Grace 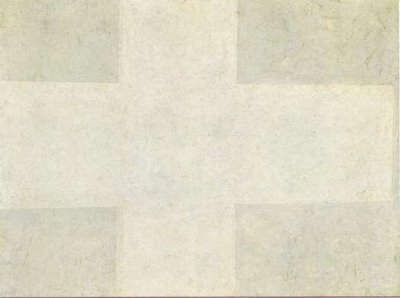 The primary image of Taggart's poetic theogony is that of "the" Cross/crosses. For Taggart, the poet is one who makes crosses on the ground, manifesting eternity in caesura (cf. "Jesus' Blood" in *Crosses*). In crosses/crossing (a (Dickinsonian) law(n) of (the) father(s)) is grace. Taggart makes an effort (such an effort!)--daily, momentarily, incrementally. If he has become overly self-involved I forgive him, where (over-)involvement necessarily loops (back)--proceeding. Onwards!/Backwards!

Crosses are the embodied language marks of movement--movement in place. Olson dances in place while Kierkegaard despairs, becoming in despair. Despair must be a productive force the inverse of joy...

A velocity of moving in place, the motor moving inside the machine of l'Esprit. That we are *all* spiritual automatons. No one.

This is where Kleist comes in.... The sense of falling within the line like the "zips" of a Barnett Newman or his counterpart, Rothko. The mystical *Tsim Tsum* is a crossing in inter-ruption. The sense of being all-knowing (a God) or unknowing (a marionette)(ac-)counts infinitely. In number we are (star-)crossed. Dis-asters.

So this is a discourse of grace and of becoming automatically moved in effort and procedure. I am reminded Robert Bresson chose his actors for their modelesqueness, that they were less like characters than types or ideas to be set into motion--little machines. I like the notion of being set in motion as opposed to being willed or willing one's self. To accomplish such a movement takes discipline and devotion (or habit) primarily, not knowledge, intelligence or wisdom per se.

Reading Alain Badiou's *St. Paul* recently he evokes the figure of the apostle as a limit figure of non-knowledge, that whom circumscribes a discourse game of non-knowledge different than Greek Wisdom (Philosophy/Rhetoric) and Jewish Propheticism (Law, Ethics). The apostle I find comparable to Badiou's dancer in his *Handbook of Inaesthethics*. Giorgio Agamben raises another figure of non-knowldege through his book *The Open*, where at the end of all anthropological projects one discovers a ceasura between the animal and the human wherein un-knowing dwells and issues...

I am interested in these marks of not-knowing as they manifest grace as a form of intention...
Posted by Thom Donovan at 2:28 PM 1 comment:

After a solemn music

The bird is starved.
Posted by Thom Donovan at 2:10 PM 1 comment: 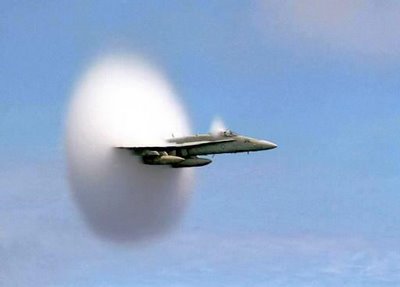 Nevertheless, we never cease to see what we are seeing; we do not notice that there is existentiation and passing away at every moment, because when something passes away, something like it is existentiated at the same moment. We look upon existence, our own for example, as continuous, past-present-future, and yet at every moment the world puts on a "new creation," which veils our consciousness because we do not perceive the incessant renewal. At every *breath* of the "Sign of the Divine Compassion" (*Nafas al-Rahman*) being ceases and then is; we cease to be, then come into being. In reality there is no "then," for there is no interval. The moment of passing away is the moment in which the like is existentiated [...]. For the "Effusion of being" that is the "Sigh of Compassion" flows through the things of the world like the waters of a river and is unceasingly renewed. An eternal hexeity takes on one existential determination after another, or changes places, yet remains what is in the world of Mystery. And all this happens in the instant (*al-an*), a unit of time that is indivisible *in concerto* (though divisible in thought), the atom of temporality which we designate as the "present" (*zaman hadir*, not as the *nunc*, the ideal limit between the past and the future, which is pure negativity), though the senses perceive no interval.
--Henry Corbin, *Alone With the Alone*
Posted by Thom Donovan at 7:30 PM No comments: