I am publishing some of my serial poem *Devotions* with Flim Forum come February 2007.

Check out the editorial debut of Adam Golaski and Matthew Klane at: http://www.flimforum.blogspot.com
Posted by Thom Donovan at 9:32 PM No comments: 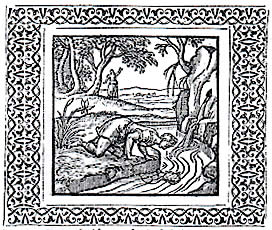 "*free*, i.e.
'That thing is said to be FREE which exists by the mere necessity of its own nature and is determined in its actions by itself alone.'[Spinoza's *Ethics*, Part I, Def . 7]

This understanding of the processes of the imagination is conveniently applicable to the unity that Shakespeare's writing attains. Considered as an order of words and of drama, it has, at best, the quality of imagination sufficient in itself; but when the characters--both of words and of people--want 'the idea which cuts off the sufficiency of those things' that make for valid imaginings, they err from the sufficiency implied in the theme of the writing--'Nor hath Love's mind of any judgment taste.' This definition of love as applied to the words and the characters is tragic, not the thoroughness of its presentation. For its projection brings into light the mere necessity of its own nature, which is complete and therefore free. Nor do the failures of Shakespeare's imagination in the writing prove a personal tragedy. It can safely be said of him, whoever he was, with respect to these failures, as Homer said of his minstrel: 'the Muse's darling, but she had given him evil mixed with good: she took away the sight of his eyes, but she gave him the lovely gift of song.'

Comparison with Ovid, previously suggested, may help chart the imaginations of Shakespeare's mind that do not err. Ovid establishes his metamorphoses so that they are not hallucinations. Their dramatic conflicts are resolved into natural counterparts. In the telling, *The Metamorphosis* are true stories, whether Ovid saw the point of believing them or not. Their invention resembles those aspects of Cocteau's film 'Beauty and the Beast' which say that it is more salutary for intelligent beings to see their behavior literally than to let it cower in figurative thought: so that an American child of four, not knowing a word of French, may sit through most of the film before he asks, 'When will the beast become fancy?' Apparently, the story has been told as truthfully as when he first heard it read, and he means, of course, when will the good Beast look as good as he is. This is Ovid's method and not, as may be hastily conjectured, Shakespeare's. In the *Works* the adequate faculty of imagining establishes hallucinations (either sur- or sub-natural counterparts of the dramatic conflicts) so that they are literal only because they are successful."
--from Louis Zukofsky's *Bottom: on Shakespeare*
Posted by Thom Donovan at 4:14 PM No comments: