Soon-to-be / Hiding Your Present From You* 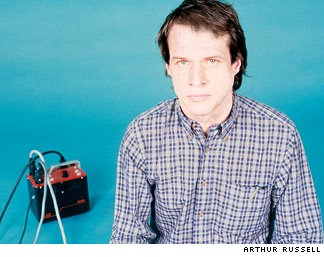 Compensations for Not Knowing (a Proposal)*

Compensations for Not Knowing: a series of performances for video or elsewhere

Materials: books / texts I and other performers “know” to varying degrees, about which we will
speak and write extemporaneously, converse and interact with.

What won’t the compensatory hold?
Producing system’s inversion
Is it medieval to pursue this beautiful purposelessness amidst violence (when people are dying)
To unite the soul and the body
The mirror of entropy is an insanely deliberate imagining of information and know-how
The number of angels, the number of aeons
A conceit for ambient not knowing, gestures of psychotic insisting

How to proceed?
Will you proceed by questions?
By outright lies?

What is the difference between lying and the imagination in this case? Falsifying? What will be
your relationship to these texts?

Speech and logos seem at issue, what presentation is. The mind self-organizing in relationship to
objects, material. For that matter -- another mind. The “mystery” of what occurs when minds
involve each other as the mystery of why something exists instead of nothing.

Where to begin? By reading a line of text, a word? By reading marked passages or passages at
random and commenting on them? By bringing different things (words) to a collision? Chance
encounter as interpretive strategy.

Who is my addressee? Who is the real addressee, if not an “art” audience? Should the addressee not
be the mind itself? As in prayer / meditation. Non-religious “praying,” prayer in place of
knowing. Is prayer compensatory?

Prayer augmenting what we can not know, and only insist.

As the monologue in a voice addressing the other as an other, the doubled voice of one entity.
“no” thyself. “not” know. now thyself. I is two or more others talking to itself in the same
voice. The interior becoming exterior, creating place for the exterior inside itself, furthest
inside. A limit of inside.

To “perform” this presentation is then no performance. But the presentation of withdrawing to no
longer be one. Confronted by a shared object, or a mind also trying not to be one: by soliloquy,
imaginative seizure (clairvoyance), storying, song, breath. By the vicissitudes of listening.

Which may be the interlocuted Same.

To inter-locute: as in two or more entities involved in circuits, among circuits.

Is the voice a circuit?

*to Eliza Newman-Saul
Posted by Thom Donovan at 5:37 PM No comments: 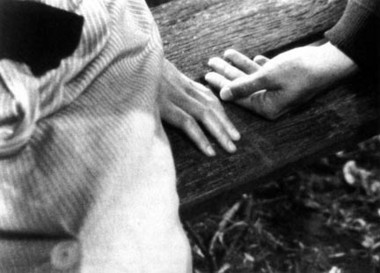 Bresson's characters are ideas, if not modernized archetypes; there is not psychological identification with them, as in action driven plots, but certain ideational-emotional investment (as in great metaphysical theater: Shakespeare, Stein, Beckett, Foreman).

The interior lives of Bresson's characters are exteriorized making for a purer interiority, an interiority of surface, and in this way they are both like animals and saints: animals incapable of a knowable interior life; saints praying towards an interior limit which produces the outward appearance of grace -- demonstrations of graceful demeanor and speech, perfect emotion.

As in Stein's saints, the saintly (including her saintly words) should move as little as possible (the words of serial?), grace being a quickness in calm (Badiou's dancer after Nietzsche who is fast because they conceive the world slowly, deliberately). In constant prayer (their lives of prayer) the saint is a dancer making grace visible by a rigorous interior life. This depth of ontological interior is not of psychological perception, but rather a depersonalized depth of shared voice / mind in prayer (immediate or direct reflection).

Someone once told me that Chris Marker had written one typically taciturn sentence addressing Bresson's work: the gist of the remark, as I remember it, that a single frame of any of Bresson's films contained more significance than the majority of films taken in their entirety. I take this as a comment on the perfection of Bresson's craft as an artist, but also as addressing the saintliness of Bresson's films. For the significance or saintliness of each frame derives not only from an economy of dialogue and action made possible by careful editing and cinematography, but also an economy of character. In using models and non-professional actors Bresson probably did so to capture the interior limits of the saintly by its inverse: the radical emptiness and pure objecthood of the non-actor / model completely directed, or chosen by the director for their appearance and disposition to certain movements and expressions.
Posted by Thom Donovan at 2:31 PM No comments: 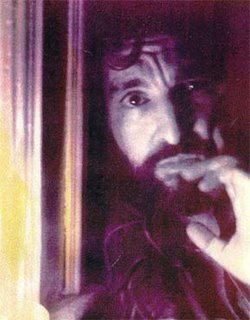 I. “Everything is moving me up”

II. For the Cycles

And not a fall
Serials
From light evening light

Night / Light
Not a fall

III. The Presentable, for Nancy Spero

So withdrawn
Were
Their words as
Screaming
As such this
Time of year (every time
Of year
Everywhere
And for the general)
For the particular
Spero
Pictures of
Copters are
For the destroying
For
The destroyed
Women paint
Stone-like
Inscriptions
Art must exist
To produce knowledge.

We speak soliloquies
Our prayers
And apostrophes
Of the one
For the two
The one and one
Not making
Merely two (Creeley)
Not equal
In numericity
Our daily voices
Our images
Of the voice nations are
Hallucinated
(his Later numbers).

To move for all
In perfect motion culture
Of our fall
And our repeated
Resurrections, who
Will forgive
The fallen-risen
Who shelter ink and image

Delayed
And suddenly
Shudder shiver
For the one (the One)
Of value
Eternal are the
Names
Of flux in this
Dance, perfect
Image of our regard