from Inappropriation as Translation 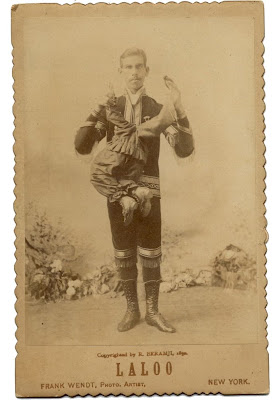 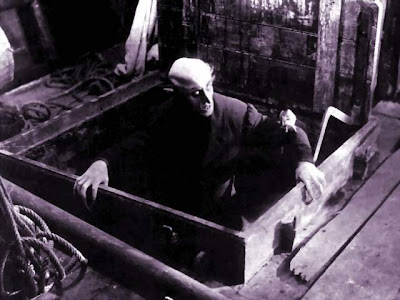 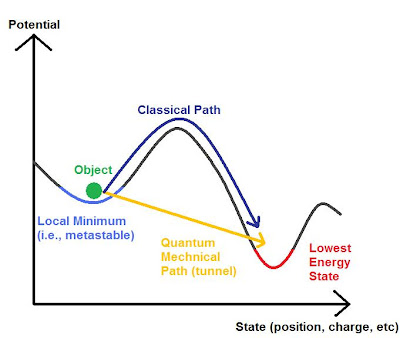 The following is from an essay I am writing about the work of Bhanu Kapil, Robert Kocik, Jalal Toufic and others...

...As in the work of Jalal Toufic, who locates his own figures of loss and cultural survival in the vampires of American and European Vampire films, transposing the qualities of the Sufi, Yogi and Zen master through the figure of the vampire, Bhanu Kapil locates herself and others through the non-human subjectivities of the monster, cyborg, “humanimal” (a person who occupies a status between the animal and the human), and schizophrenic. While Toufic and Kapil are obviously not the first “others” to identify with the animal, monstrous, insane and non-human (one recalls Franz Kafka’s Red Peter, Gregor Samsa, and the countless other monsters and liminal beings which extend the writer's own situation as a Prague Jew in the early 20th century; one may also think of Donna Haraway’s famous “Cyborg Manifesto,” a work quoted by Kapil as an epigraph to Incubation: a space for monsters, which seeks to pose the situation of women and other marginalized identity categories through the “inappropriate”* figure of the post-human cyborg; the list of examples could go on… Fanon, Artaud, etc.) Kapil and Toufic are perhaps most unique in the ways they link so explicitly figures of the non- and post-human with their own autobiographies. Whereas through Toufic’s work he imagines encounters with others where he is the undead, schizo, and a vampire (analogous figures of what Toufic’s calls “dying before dying” and “every name in history is I”), in Kapil’s Incubation: a space for monsters she is alternately both cyborg and monster, the cyborg blending in, trying to “pass” for human; the monster wearing its inassimilability on its sleeve, as in the case of Kapil’s alter-ego, the medical curiosity/carnival freak, Laloo.

Significantly, Toufic and Kapil both emigrated to the United States as college students, and have since lived both in the United States and their countries of origin, and so can be said to be multicultural or international persons in the most literal senses of these terms. While we can (and perhaps should) take these non-human identities as mere metaphors, I think they are metaphors which do a very specific work. And this is to make legible the dilemmas of actual, historic entities who have “tunneled” through what Kapil calls in the first pages of Incubation: a space for monsters the “concave warp in the dirt of the line.” The figures of this “line of flight," unlike many of the figures whom Gilles Deleuze and Felix Guattari hold up as resistant intensities in their Capitalism and Schizophrenia volumes, have not elected their deterritorializing as a force of “outside,” so much as they are surviving it. We might say, rather, that they are electing it retrospectively, as acts of overcoming (Nietzsche), or forthcoming (Toufic).

What the monster, the cyborg, the vampire, the schizo, the humanimal risk, is the affirmation of subjectivities unwelcome by official cultures, national narratives, and hegemonic ideational structures. Arguably, what survives through these affirmations is not just the singular—the account Toufic or Kapil would like to give of their own bodies, or the bodies of those torn by the Lebanese Civil War or the crisis of stateless and displaced people everywhere. What Kapil and Toufic are documenting through their work, making legible and available, are whole histories of nonexperience and experiences submerged by cultural conflict. Likewise, in the case of Toufic in particular, what may survive his work are concepts endemic or appropriate to his culture direly in need of transmission, if only through objects inappropriate to the concepts themselves. That is, it is very unlikely the figure of the vampire in Western vampire films was meant to transmit the imagination of Sufi literature, and yet one finds images appropriate to mystical Islam everywhere across the genre, from F.W. Mernau’s Nosferatu to Francis Ford Coppola’s Bram Stoker’s Dracula (Love Never Dies)....
Posted by Thom Donovan at 7:26 PM 3 comments:

That morphs us messianism
Human fall from earthly
Body only as good as gravity
Vertical cells cell break
Challenge we a limbless
Imagination first genius to
Design violin’s shell fitting
With the shape of culture
Wrecks seeing sound waves
Seek thee in sand loving a
Visible God not inevitable
Avoidance which parts least
And missing from air awkwardly
Will make-up the built world.
Posted by Thom Donovan at 10:06 PM No comments:

Writing in the Dark & Interdisciplinary Transcriptions

check out Jon Cotner's and Andy Fitch's sprawling transcription project at Intervalles and new events series, Writing in the Dark.

Writing in the Dark
organized by Jon Cotner & Andy Fitch

Each event starts at 7:30, and will take place in the Amie and Tony James Gallery at the CUNY Graduate Center (365 Fifth Avenue, between 34th and 35th Streets).
Posted by Thom Donovan at 10:04 PM 2 comments:

David Buuck is keeping notes on some of his performances now...

While I would argue that the majority of small magazines pose alternative models of production, distribution, exchange, and reception—if only to project kinder, gentler versions of surplus value-based economy (a.k.a. Capitalism)—more rarely does the small magazine inject aesthetics with explicit political content, nor with forms which should mobilize aesthetics for political action. One of the most famous magazines for politicizing aesthetic forms is L=A=N=G=U=A=G=E, whose legacy Roof books/SEGUE Foundation is largely responsible for, having published books by the magazine’s editors (Bruce Andrews and Charles Bernstein) and many of its contributors over the years. Of the same generation, Bay Area magazines like This and Soup, as well forums such as Poetics Journal and Sulfur, have offered hubs for poetries injected with politics. In the past decades many magazine projects have followed in the wake of these legendary publications—so many that I will not attempt to name them here—offering new articulations of the relationship of politics to aesthetics. Alongside these magazines, small presses obviously play a huge roll in bringing book-length projects, translations, and emergent works of criticism and scholarship into the world.

Today SEGUE series celebrates Cannot Exist, a small magazine devoted to intersections between poetry, philosophy, and politics. Cannot Exist—the 4th issue of which just appeared—is edited by Andy Gricevich of Madison, Wisconsin, and features writings by those present today—myself, Laura Sims, Lawrence Griffin, Rodrigo Toscano, Rick Burkhardt, Christina Strong—as well as many others including Rob Halpern, Judith Goldman, Alan Davis, Lisa Jarnot, Roberto Harrison, and Kevin Killian. Like Stacy Szymaszek’s Gam, something that strikes me about Cannot Exist is the magazine’s blend of “unknowns” with established writers, as well as those local to the Midwest (and Wisconsin in particular) with those from far and wide in the continental United States. Something else striking is the various range of styles and approaches Cannot Exist includes under the categories “philosophy,” “politics” and "poetry".

Cannot Exist may also has one of the best names of any small magazine, ever!—being right up there with Ed Sanders' Fuck You! and Bill Robert’s Sal Mimeo. Running a Google search on “cannot exist” earlier today I turned up the following headlines: “A Bernie Madoff scam cannot exist under ‘traditional’ portfolio management”; “An omnipotent being cannot exist: Does evil show that an all powerful being can exist?”; “these awesome breaches in space-time do not and indeed cannot exist”. At the bottom of the headlines is a listing for Stan Brakhage’s 1994 film, Cannot Exist, where I suspect Andy came up with the name for the magazine. Regardless of its origin, the name Cannot Exist points to something that small magazines enact, which is the fact that culture is constantly made at the margins—places where something may not seem to exist at all—and from those margins often tend to make new centers, eclipsing and displacing existing ones. In the name Cannot Exist I also hear a wonderful play on anti-essentialist philosophies, in which politics and ethics trump ontology (i.e., metaphysical noodling).

Thank you for attending today’s readings, and please stay for a conversation afterwards where we hope you may respond to the presenters and share your thoughts about small magazine history in its relationship to politics.

Without further adieu I give you Andy Gricevich, editor of Cannot Exist …
Posted by Thom Donovan at 3:35 PM No comments: