"In terms of ‘negative criticism’ (so called), I rarely see the use of it. If it is to dismiss a work of literature/art as unvaluable/irrelevant, don’t we already do this by not attending it, or by not investing our desires and passions in it? It is so much work just to understand poetry/art (for works of art and poetry to become legible to one’s self) I have never understood why people would want to waste their energy on what does not interest them (what, that is, they do not love or desire). This problem goes back to Robert Duncan’s The H.D. Book where Duncan reiterates that the poet “goes where they are loved.” I think there is a lot of wisdom in this mantra of Duncan’s, and in the ways Duncan practiced criticism and scholarship besides his poetry."
Posted by Thom Donovan at 7:50 PM No comments:

At the beginning of the century, we found ourselves in a dark wood. The past ten years saw the collapse of the Twin Towers, the marriage of religious fundamentalism and global politics, and the rise of digital communities. With this in mind, The New Philadelphia Poets launch a redemptive strike on the past decade. Join us for a reconsideration of this yet unnamed era. 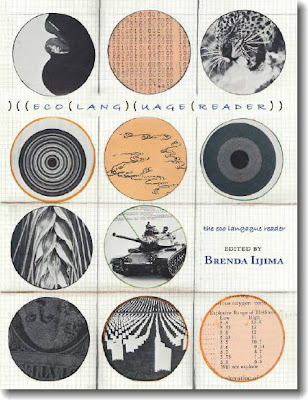 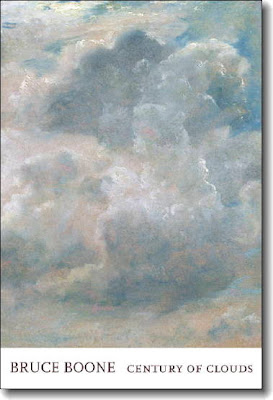 You're invited to the

Free and Open to All

Help us celebrate these new titles:

Century of Clouds by Bruce Boone, with a preface by Rob Halpern

In the Function of External Circumstances by Edwin Torres

Of progress what dispenses
With the ego society no force
Of nature accomplished this
Because we've gone global.
Posted by Thom Donovan at 9:43 PM No comments:

Mónica de la Torre is the author of the poetry books Talk Shows, Acúfenos, and Public Do-main. She is co-author of the artist book Appendices, Illustrations & Notes. She is a translator and senior editor at BOMB Magazine and a 2009 NYFA fellow in poetry.

Fred Moten’s most recent books are Hughson’s Tavern and the forthcoming B Jenkins. He lives in Durham, North Carolina.
Posted by Thom Donovan at 10:39 PM No comments: 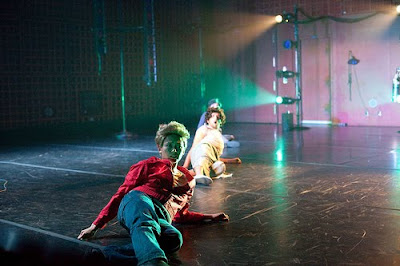 "The word that kept runnning through my head throughout Last Meadow was “cinematicalness.” There is a feeling for the cinema, and almost everything about Last Meadow evokes this feeling. Another extraordinary technique that Gutierrez used was an interlocution between himself and the other two dancers in which he would say their lines with/over them, timing this “voice over” precisely. Reciting a scene from Elia Kazan’s East of Eden in which Dean (as Cal) is about to leave his house and Julie Harris (as Abra) adjusts his tie, the scene is first played between Hallaby (as Harris playing Abra) and Boullé (as Dean playing Cal). It is played again with Gutierrez saying their lines over them in the Fender amp, and for a third time with Boullé absented from the scene, looking at herself in the mirror as Dean playing Cal."
Posted by Thom Donovan at 10:05 PM No comments: 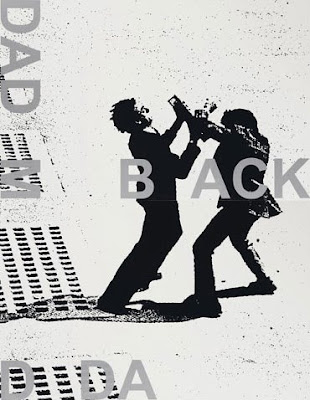 "That Pendleton’s recent solo-exhibition “EL T D K” pays tribute to Amiri Baraka’s 1964 poem “Black Dada Nihilismus” seems a perfectly logical step in Pendleton’s practice. Listening to Baraka read his poem tonight repeatedly at PennSound, from a 1964 reading at the Asilomar Negro Writers Conference in Pacific Grove, California, I could hear in Baraka’s reading echoes of the ambivalence that Pendleton himself brings to the performance of his work—an ever-shifting blend of irony and sincerity, affirmation and negation, caveat and invitation. Through his identification with a white, European avant garde movement—Dada—Baraka gives voice to a genealogy of violent struggle against a society of white masters. Given the content of Pendleton’s exhibition—a set of paintings with only phonemes painted on them, a long row of boxy lithographs reproducing widely known photo-documents from canonical 60s and 70s art performances, and a Sol LeWitt-like installation of black cubes entitled “Black Dada”—like Baraka before him Pendleton would seem to recover a white-identified art tradition for Black and Gay liberation struggles while calling into question the perceived reduction such reappropriative gestures can perform."
Posted by Thom Donovan at 4:08 PM No comments:

A kind of body shared

A kind of body no one shares.
Posted by Thom Donovan at 10:47 PM No comments: