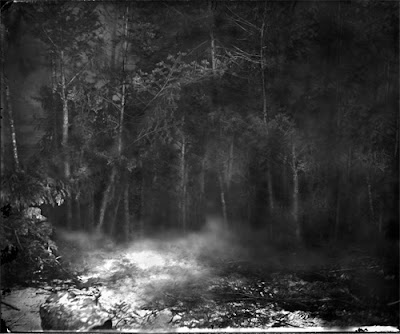 I’m not sure if there are any contemporary writers I know of who so effectively—and elusively—present language as something not just gesturing, but visibly struggling towards a place beyond utterance, discursion, and rhetoric, as Yedda Morrison does. What is key to me in addressing this aspect of her writing has to do with affect. How affect courses through language constituting a work of ecology, feminism, and social justice when these discourses would appear calcified through their representation. This happens at the level of the word, if not the phoneme. Sound is a carrier; the semantic a lining for something else. A work of healing. A profound and disquieting commemoration of the unmourned, displaced, exploited that becomes terrifying at moments, but never sentimental. How does all this occur?

In Morrison’s first book, Crop (Kelsey St. Press, 2003), through an investigation of the conditions of migrant women laborers in her native California. Present at this scene however, and complicating it, is, as in Muriel Rukeyser’s seminal U.S.1, the camera; photography as it reduces the world to something captionable, therefore reduced, contained, abstract. Crop refers to that which the labor of these women yield. Morrison’s title also equates the fact that representations of their labor conditions are never adequate, not up to the task of either activism or historiography. What would it mean to stand with them, Crop seems to ask, from a place where acts of representation are not critically parodied, but overdetermined by prosody? A language of embodied encounter, tracking negative and positive affects. Zooming in and out, Crop sees the 'big picture'. It perceives the exploitation of migrant laborers in relation to other forms of exploitation, not least of which are that of women's bodies, those of non-human animals, and of the earth itself through agricultural misuse. The felt sensation of this exploitation is palpable throughout the book, and irreducible to paraphrase.

The preoccupations and strategies established by Crop evolve and become sharply focused in Morrison’s 2008 book, Girl Scout Nation (Displaced Press), as well as her recent book forthcoming with Make Now press, Darkness, and various art projects. In Girl Scout Nation the landscape emerges as a presence entwined with the destiny of girl scouts who are preyed upon by serial killers and politicians alike. This is a book about sovereignty (and against it) during the W years, in which Laura Bush figures prominently, as well as popular programs such as Fear Factor and Survivor. As in Crop, the language always exists at a boundary of sense. It redistributes the senses making common sense coextensive with natural and social material—the fact that wild nature posits the “real,” as does the human body made vulnerable by sexual violence and expropriative labor practices.

In Morrison’s Darkness, one encounters a similar set of questions. What would it be like to feel or experience a natural world before colonial adventure? By whiting-out all but the words referring to natural phenomena in Joseph Conrad’s Heart of Darkness Morrison’s reader experiences a world twice named, twice born through symbols and a kind of symbolic violence in reverse. An Adamic sense not before, but after the fall. It is interesting that most commentators on the book have only mentioned the procedure itself—whiting-out—but little about what occurs through the procedure. How one feels confronted with all the white whooshing around sparse words, punctuation. In it there is a sense of the world and the word being given back. The world coming (back) into being, beyond the violence of representation, born again through the post-symbolic performance of Morrison’s unique 'erasure'.
Posted by Thom Donovan at 12:20 AM No comments: