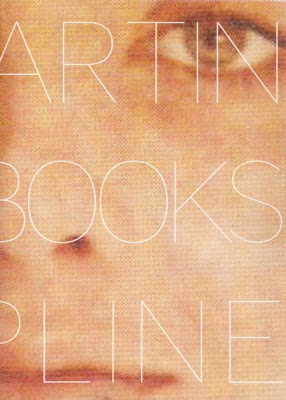 This past month I corresponded with San Marcos, TX-based poet, CJ Martin, whose book, Two Books, just came out as the first imprint on Michael Cross' new Compline press. What has always impressed me about Martin's work is its rare attention to words as built worlds, as well as its choreopoetic virtuosity (the fact that the poems never stop moving, that the mind (perception, mindfulness, cognition) dances constantly within his lines). In Martin's work one feels as though they are reading a totally new prosody, poetry in its firstness. Wanting to understand his process better, which relies heavily on note-taking and the sculpting of others' texts, I asked him to go into some detail about how the poems of Two Books were composed (posted below). To order his book, which I highly recommend, go to Compline's website.

Thom Donovan: Your description of procedures makes me want to press you to describe in more detail. I mean, is it like Google collage or more like David Antin's Meditations (or something completely different?). One “take” or heavily produced? Sculptural or improvisatory? I find your description of taking up Norma Cole’s vocabulary or wanting to repulse Whitman intriguing, the word "repulse" reminding me of the cardiac in Zukofsky and Duncan, how the line is ever this physical thing determined by encounter.

CJ Martin: In a poem called "Face Essay" that I've been returning to after a couple of years, there are a couple of lines that might be useful here. Neither's mine. The first is Norma C's, actually: "interface / interfaith"----& the other's from a church billboard somewhere near Bryan, TX: "America needs a faith lift." In part, why the term cosmetic appeals to me is that its critical edge highlights the profanity, the complete trashiness, of getting visible---the fucking faith lift is brilliant (as pun) but just completely terrifying (as principle)---dear lord, suck out the fat of my faith, lift it up & stitch me back! Suck out the nation fat (deport it, suppress it), iron any wrinkles & make me look young again. The proximity b/w faith & face is kind of astounding in its obviousness, but as anything more than proximity, I'm not entirely convinced. That interface would necessarily be interfaith is kind of a given after a certain point, but as program it's so UN ('In your faith!', might be more like it, in terms of an encounter in the world).

So, the cosmetic as practice: all surface. Not contra depth, but as against the notion that surfaces have no depth, no gravity ("wall paper"). Against the notion that the work of a poem would be to arrive at unmediated depth, and against, in particular, the benchmarks of that effort (namely the sentence, the topic, the thought). Critical of a disdain for surfaces that gets aired, say, in places like Oppen's "The Mind's Own Place," given that the preferred program's a drag, too (we've known masculinity's a drag for awhile now, but too many poets seem still not to have recognized their participation as 'put on'). Cosmetics has abstraction (of language material, from meaning) as its plastic edge, attempts to recuperate abstraction as fundamentally political.

Cosmetic reading (which is cosmetic writing) is surface reading, reading as appendage, as drawn on (rather than as responsive, engaging). The procedure involves cloud-computing a vocabulary by

1. locating a surface (a page, a spread, an arrangement of multiple spreads of same number across multiple books, a digitized text, audio,
etc.) then

2. determining/arriving at a constraint. Early on, in the first of the Two Books, this was more annotative/straightforward collage—culling notes on reading, shaping & reshaping them, restrictive, but basically as organic as constraint could be for me at the time. Beginning w/the Worship poem (2nd book), a version of the mesostic was used to collect text: I'd write 'across' a surface by doing a line reading of a page & locating the first occurrence of each letter in a word/phrase I'd chosen, then collecting the first word containing the first letter in the first line, the first word containing the 2nd letter in the second line, etc. With one caveat: the first two sections of the Worship poem were largely written while listening to some kind of audio, & the procedure allowed for borrowing from the air as from the surface. Courted the blurred line, even, as dissonance. Sometimes the faux mesostic was abandoned in favor of a vertical reading (i.e.--a quick theft of the left-hand margin of a page, usually heavily sculpted) or, when digital, a control F constraint (like, say, control F "worship" in a digital copy of the HD Book & collect words on either side of that word). My reading of Whitman was repulsed by this function (ie turned away from itself), using passages from Ngai's Ugly Feelings. Whenever a reading splayed across & out from a constraint, it was permitted the turn. The 1978 poem was a slightly different constraint, too: (almost) all vocabulary had to be suggested by Cindy Sherman's film stills from '78, w/ a conscious effort not to 'write' the photos (fails sometimes miserably, but only if you really know the images or have them in front of you). So, that poem's kind of an anti-descriptive, treating the photos as lexical & trying to pry apart some of their material. In Wardrobe there are other procedures, like for ex the 2nd to last section in that poem, which is a back-masking of Wordsworth's "Prelude."

All of which I'm telling you b/c you asked! (Sorry to ramble on.) It may be that these notes would have been helpful if they accompanied the poems, but really it's not as important to me that the concept works itself out in the practice, successfully, or that the poems are understood in that context. More & more I feel like I'm settling into being a very poem-y poet---preoccupied w/prosody to such an extent that engaging the practice itself is sufficient to make me think I've written a poem--the positioning of material, not often towards elaborating sense. I'm writing a poem now called "Rhyme Eats the Words" (a quote from Meschonnic), which maybe says it all.
Posted by Thom Donovan at 11:29 AM 1 comment:

We put our fingers in death’s mouth, up death’s ass
To know we are objects, to remain objective
This represents “that person,” a kind of fellowship

With the dead, mysticism is our business
Though weary with wonder, always the link
Between death and the photograph, because that

Person or thing is no longer present, mark time
Through banality, specimens pinned as
Though once lived, giving life to shade that pinning

Seems the potential for something to move
Anything that means something, no association is free
We pay for it with our lives, in dailyness the whole

World’s draft, memento mori, this recognition
That we are living in someone’s place ancient
As our sense of bad faith, ancient as any symbolism.

Posted by Thom Donovan at 6:03 PM No comments:

The ever close listening Eric Baus has a nice write-up about poetry after Arthur Russell at Jacket2, featuring audio of me and CA Conrad reading our collaboration, Arthur Echo, and Kevin Killian reading his amazing poem for Russell, "Is It All Over My Face?".
Posted by Thom Donovan at 6:09 PM No comments: