Lots of great stuff going on at the Boog festival this weekend. I would highly recommend Paolo Javier's Poet's Theater gallery tonight, featuring Charles Bernstein, Cori Copp, Dana Ward and many other terrific acts.
Posted by Thom Donovan at 4:42 PM No comments: 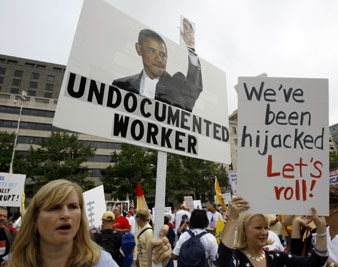 Exercise: rewrite these lyrics (from Heaven 17's "(We Don't Need This) Fascist Groove Thing") any way you wish:

Sisters, brothers lend a hand
Increase our population
Grab that groove thang by the throat
And throw it in the ocean
You're real tonight you move my soul
Let's cruise out of the dance war
Come out your house and dance your dance
Shake that fascist groove thang
(Shake it!)
Posted by Thom Donovan at 12:48 AM No comments:

Click here for the (more or less) full schedule for Belladonna's upcoming "Advancing Feminist Poetics & Activism" symposium at the CUNY graduate center.
Posted by Thom Donovan at 12:28 AM No comments:

Jalal Toufic has released a 2nd edition of his 1996 book, Over-Sensitivity (Sun and Moon Classics), via his Forthcoming Books. Here is what Toufic has to say about the significance of the 2nd edition:

"While many books are first announced as forthcoming (for example in the inflated bios of mediocre academicians, who keep mentioning such books as forthcoming over a period of years), then published, Over-Sensitivity, published originally in Sun & Moon Press’ Classics series in 1996, is here republished, in a revised edition, by Forthcoming Books, this making its status more explicit: even after its publication, it is still forthcoming.

Like many of the writers and artists who preoccupy Toufic throughout his books (Walt Whitman, Jack Torrence, Gertrude Stein, Francis Bacon), it interests me that Toufic himself is acting as a version artist. A version being a difference that makes a difference; a resurrection that does not happen once but multiply within what Gilles Deleuze calls "a disjunctive synthesis." What surprises me is that under a list of "Books by Jalal Toufic" on the first pages of Over-Sensitivity (2nd ed.) Toufic does not list the 1st editions of (Vampires) and Distracted (the two other books for which Toufic has written 2nd editions). Aren't the first editions equally important as versions of their own forthcoming? Or, on the other hand, possible counterfeits (those 'false' resurrections to which Toufic also refers)?
Posted by Thom Donovan at 10:22 AM No comments: 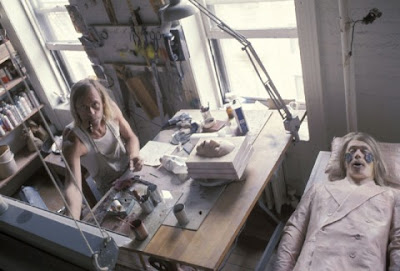 Fingerless they can't i.d. you
Underground man hippie fingers
Are like little dicks you make of


Some spaces distribute
The body in time was
Wax the body in space
Was a cast unsalvageable
Because no one wants
A masterpiece to be
A crypt of what we will
Have been a difference
Pink makes on your skin.

Any body's tomb
With whom do you
Identify who will
Not answer to 'me'?

Makes a tomb in the public
Pinko of the real
When fascism flares up
Your art withdraws.

Stink what totality
Doesn't stink of men
Mimics monuments re-
fuses to delay in glass.
Posted by Thom Donovan at 10:09 PM No comments:

The Mobile Archive at Parsons 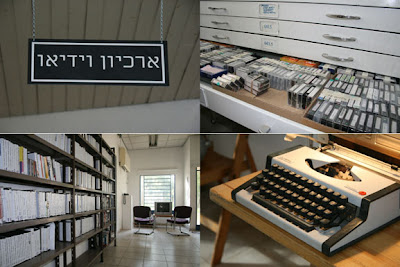 Eilat and Fadda consider the role of art as a tool for civil disobedience and passive resistance that affects its surroundings, wielded by individuals during times of social or political distress. Within this context they discuss Liminal Spaces, a long-term project examining the possibility of joint action in light of the ever-growing existential hardship of Palestinians living under Israeli occupation. Video works that were produced during this project will be on view at Art in General as part of the Mobile Archive, a cross-national library of video art.

Galit Eilat is a writer, curator, and the founding director of the Israeli Center for Digital Art, Holon. She is co-editor in chief of Maarav, an online arts and culture magazine, as well as academic advisor of the curatorial program at the Technion Extension, Institute of Technology Israel. She lives and works in Tel Aviv. Recently, she has curated and co-curated exhibitions including: Speed of Light, VideoZone, the Fourth International Video Art Biennial in Israel; Never Looked Better, the Nahum Goldmann Museum of the Jewish Diaspora Tel-Aviv; and Chosen, a collaboration between Wyspa Institute of Art and the Israeli Center for Digital Art. Eilat has written for several books, catalogues, and magazines such as ArtPress, Vector Magazine, Lettre International and more. She has co-edited the books 'Never Looked Better' and the recently published 'Liminal Spaces'. She has participated in numerous panel discussions and given lectures and screening programs at Kuda, Centre Pompidou, Van Abbemuseum, Nova Gallery, and other venues and festivals.

Reem Fadda is a Ramallah-based curator and art historian. Fadda was Director of the Palestinian Association for Contemporary Art (PACA) between 2005-07 and worked as Academic Director to the International Academy of Art – Palestine, which she helped found in 2006, as part of her approach in broadening the perimeters of curatorial experience towards education. She co-curated and been involved in many projects revolving on contemporary topics in the Middle East, especially those pertaining to architecture, space and geopolitics, such as Liminal Spaces 2005-08, Ramallah Syndrome, which is showcased in the Venice Biennial 2009 and Tarjama/Translation currently on view in the Queens Museum of Art. She is the author of "Palestinian Women Artists: The Land = The Body = The Narrative", 2007. She received her MA in Curating from Goldsmiths College, London and was currently awarded the Fulbright Scholarship to pursue her PhD in History of Art and Visual Studies at Cornell University, where her research focus is contemporary aesthetic theory and practice of the Middle East.

About the Mobile Archive exhibition at Art in General
From September 24 to October 17, 2009, Art in General will present the North American debut of the Mobile Archive, an international collection of hundreds of video artworks assembled by the Israeli Center for Digital Art, Holon. The Mobile Archive has been traveling the world since its first stop at the Kunstverein in Hamburg in 2007 and includes artists such as Candice Breitz, Koken Ergun, Guy Ben-Ner, Jumana Emil Abboud, Omer Fast, Ruti Sela, Yoshua Okon, Yael Bartana, and Mark Lewis.

Art in General is the only U.S. venue for the Mobile Archive. The exhibition will be presented in multiple formats: visitors will be able to select and watch any video from the archive in the Project Space; view specially curated screenings by independent curators Regine Basha, Adina Popescu and Chen Tamir; as well as attend daily screenings of work by featured artists from the archive. 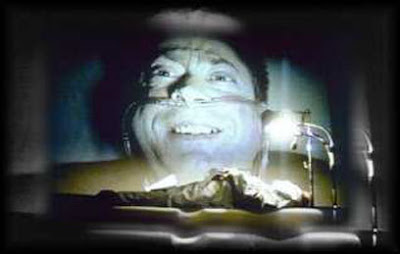 Lung-filled breasts live
Because you permit
The only mastery left to them.
Posted by Thom Donovan at 3:36 PM No comments:

Free As Air And Water

Gallery Hours:
Tuesday - Saturday, 11am - 6pm
Mondays by appointment only

A catalog will be produced documenting the symposia and exhibition and will be available to purchase after the exhibition. Please check the School of Art website for additional information.
This project was funded in part by generous support from the National Endowment for the Arts, the Robert Lehman Foundation, and Duggal Visual Solutions.
Posted by Thom Donovan at 10:17 AM No comments: