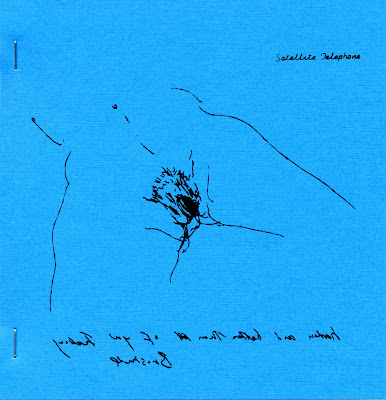 Interview with Guy Ben-Ner in BOMB 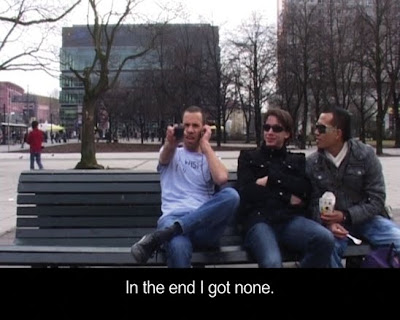 This past winter I was fortunate enough to be able to interview one of my favorite contemporary visual artists, Guy Ben-Ner.
You can read part of the interview here and the rest in print.

Thom Donovan: I watched Second Nature and If Only… tonight. I am thinking about the significance of their many literary allusions: Waiting for Godot, Aesop’s Fables, The Little Prince, Around the World in Eighty Days, The Divine Comedy, King Lear, Don Quioxte, and many other classic works of Western European literature. How does literature influence your work and how do you come to use source texts?

Guy Ben-Ner: In my earlier movies, literature functioned more like a construction upon which I could mount my own material. The grand narratives I am interested in have a peculiar trait: they pretend to be inherited rather than acquired. Most people think they know Moby-Dick without ever really reading the book. When I first read Robinson Crusoe, I already felt I was revisiting it. Everybody knows what the Oedipus complex is, though I doubt many people actually read Freud on it. These narratives are so well integrated into our culture—they actually form this culture—that it feels like you get them from looking at milk cartons and Corn Flakes boxes. In the same way, IKEA showrooms look familiar; you feel like you’re back home, although it never was anyone’s home. I think grand narratives are exactly what you can never revisit—you were never with them, and yet they never really left you. It might seem simple to bring grand narratives down into one’s kitchen, but the relationship is complicated. The “fiction” and my “reality” had to enter into conversation—in Wild Boy, for example, my son really does utter his first English word on-screen, just as the wild boy does. He gets his first haircut and you see him barely managing to dress alone for the first time. It’s both reality and fiction. The fictive element was structured as a “play within a play,” (the obvious example would be the play staged in Hamlet) and that fiction serves as a motor to generate real events in the actual life of the participants. None of the “readymade” material I use comes from the desire to pay homage to this or that artist/writer. I’m using source material as a survival kit, as building blocks; I don’t know any other way. I hope this doesn’t come off as some kind of intellectual game—it isn’t. The “knowledge” I use, those quotations, are a stick to help me walk. I would limp otherwise.
Posted by Thom Donovan at 10:25 PM No comments: