When I was at the University of Buffalo as a graduate student, it was my privilege to study with Tony Conrad, who, as time passes, becomes an increasingly iconic figure for various counter-cultural locations and art movements of the past forty some odd years. Taking seminars with Tony at Buffalo was a joy since to take a class with him was not only to understand everything that had happened since the mid-century so much better, but to understand it through the engaging and poly-mathic works that accompany his biography.

In Branden W. Joseph’s Beyond the Dream Syndicate, a recent study of Conrad and “the arts after [John] Cage,” Joseph, taking up the terminology of Gilles Deleuze’s and Felix Guattari’s Kafka: Towards a Minor Literature, paints Conrad as a “minor” artist. To be minor, in Deleuze’s/Guattari’s sense of the term, is to exist at the boundaries of official historical narration, as well to open up gaps and interstices where counter-narratives can occur. Following Joseph’s compelling thesis, Conrad’s oeuvre presents multiple points of indiscernibility for the post-War avant garde, inasmuch as it forces one to reevaluate the cultural significance of any number of avant garde practices and movements, not least of which include usual suspects such as Serialism, Cage, Expanded Cinema, Fluxus, Minimalist Music, Structuralist Film, and “Postmodernism” so-called.

What coheres through Conrad’s fellow-travellings with said movements and figures is as much a throw-back to Renaissance virtuosity, as it is a deconstruction of virtuosity itself by which those shibboleths of Historicism—“genius” and “authorship”—should also be taken to task. What Conrad’s variegated work reveals, without exception, is a relentlessly horizontal investigation of power in all of its guises and forms. Parallel with thinkers like Michel Foucault and Deleuze (who sites Conrad’s The Flicker in his Cinema volumes), Conrad demonstrates “the powers of the false” as that upon which all social and natural life is based, and allowed to flourish. Power, in the work of Deleuze and Foucault, as in the work of Conrad, is something to be celebrated, not deplored.

It is in this affirmative sense that I see Conrad not only as a specter haunting the late-20th century avant garde (if not also a contemporary one), but as your consummate trickster figure. While there remains something heroic about Conrad’s minorness, there is also the sense in The Flicker, or by pickling film, or in the many videos he has appeared in whereof he assumes a particular mask or character, that Tony is pulling our legs. And we who love to be fooled and entertained of course want our legs pulled. Only leg-pulling becomes a serious business whenever it is combined with Tony’s vast skill-set, and his equally vast eagerness to seek out the cracks in culture.

I am reminded of this business by the work that Tony inspired of me and other students at Buffalo Media Studies in his 2001 seminar, “Contemporary Alternative Media.” In this particular seminar students were encouraged to cultivate unique and collective identities in the interest of interactive performance, tactical media intervention, and collaboration. For part of our final work, I vividly recall the majority of our class participating in a demonstration at the Peace Bridge on the border of Canada and the United States in Buffalo.

Gearing up for the event Tony encouraged us to wear uniforms, so we all wore red pants and t-shirts. Anticipating local news coverage, we approached the bridge in our uniforms carrying an American flag—as though in mourning, or already incensed by what was going on at the bridge. As we approached, I remember cameras seeming to swarm us. When we got to the Peace Bridge we played a series of games together, all in the spirit of suggesting or fomenting actual revolt. The game I remember us playing for the duration of the demonstration was a game of Red Rover. “Red rover, red rover send so-and-so over,” as though to taunt the line of police who remained within earshot.

The final action my friend Brandon and I thought to take, but never ended up taking, was to raise our asses towards the police and fart—a ridiculous reverse-parody of the harrowing tear-gassings a year before in Seattle during a WTO demonstration. Although Tony was not organizing our class on the day of the demonstrations per se—he just seemed one of us, only older—many of the elements I now find so fundamental to his work were there in what we were doing, however unconsciously: an unshaken awareness that History (with a capital “H”) issues from a complex and interrelated series of representations, and not a plenitude of eternal truths; that to play—or “dance over an abyss,” as Nietzsche would have it—can and must be put in the interest of social justice and political action; and that, mainly, perversion is one of the many effective forms resistance can assume.

Without further adieu…
Posted by Thom Donovan at 11:51 PM No comments: 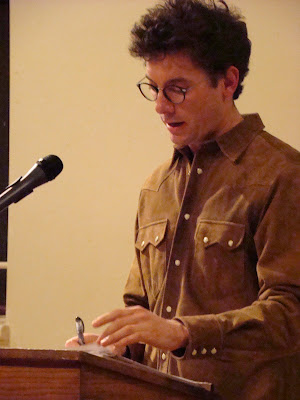 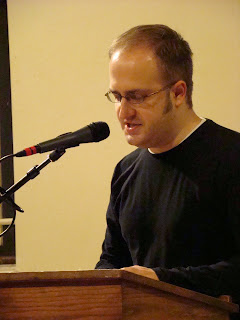 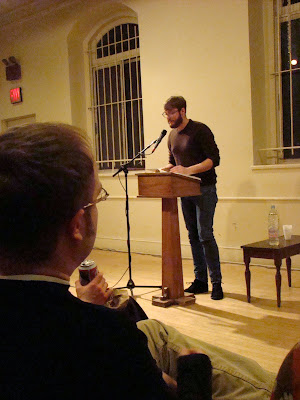 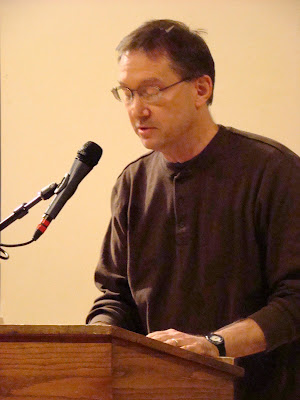 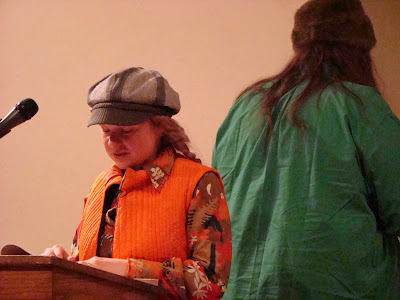 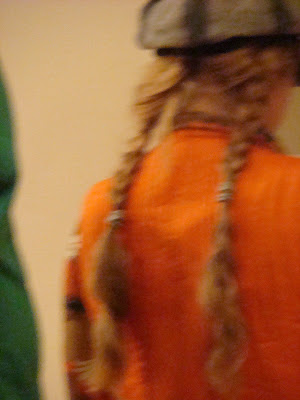 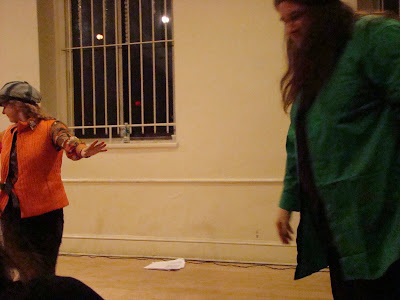 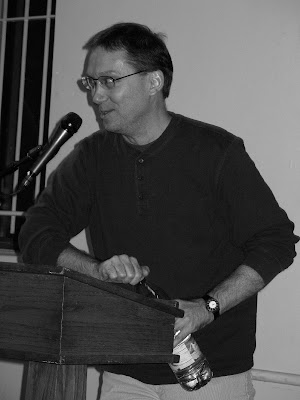 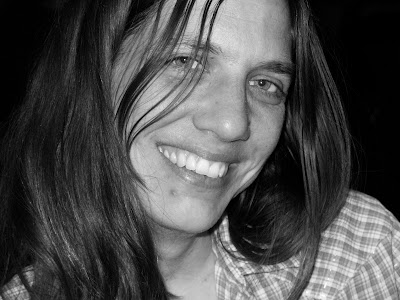 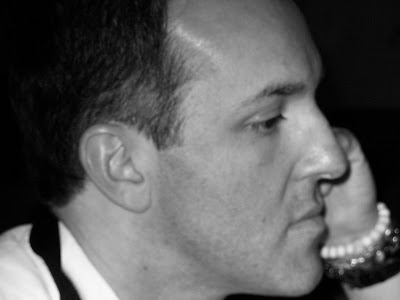 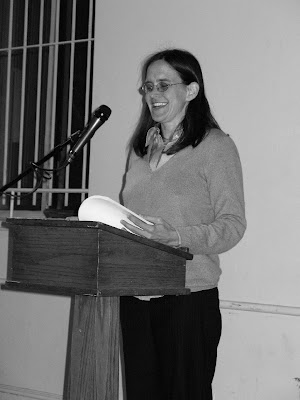 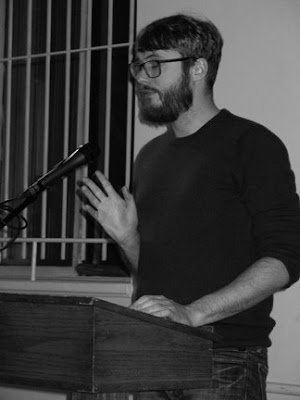 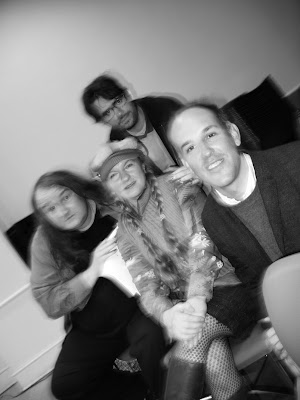 *thanks Brenda Iijima and Nathaniel Siegel for photo courtesies.
Posted by Thom Donovan at 11:22 PM No comments:

below is a statement I wrote for the ON Contemporary Practice launch at St. Mark's Church last night. I am grateful to all who attended the launch, and participated...

I don’t doubt, as we speak, that critical exchanges about poetry and art are happening everywhere. And this is the impetus for ON Contemporary Practice, a journal devoted to writings about the practices of one’s contemporaries: that critical exchange can become visible through the many forms it assumes. Listservs, blogs and social networking services like Facebook and Flickr have tended to supply us with the most immediate and accessible forums for critical correspondence in the past few years—so why sidestep and insist upon a printed object? I’m not sure the exact importance of the printed object vs. the virtual one per se, except that it can provide an air of care, intention, presence, and consequence in ways that virtual media often can not. Given some of our despair before the Web—especially the material anxieties which cloud its otherwise hopeful prospects for serving as a democratic cultural repository—, it seems conceivable that the best way to back-up our futures is to print them out and make them aesthetically palatable for a readership. In a sense Kyle, myself and Michael would prefer to think of ourselves as documenters and collators rather than editors. What we would like to document is the ongoing fact that one’s contemporaries matter for forming a practice, and locating what work needs to be done during any given moment. Rather than seeing any one’s work in isolation, ON believes that each poem, or book, or art object is in some way collaborative, and that all cultural phenomena issue from some form of discourse. Likewise, there is something exhilarating about recognizing one’s voices in those of another, and those of another in one’s own. Such a continuum, Robert Duncan called the “symposium of the whole,” however we believe our own symposiums to be as much unique as general, collective as singular, idiosyncratic as appropriate, antagonistic as agreeable. While poems themselves can act critically and extend critical conversation, there is still the want to provide context, discursion, address, and perspectives that perhaps only contemporaries can have towards each other. I believe this can happen through the book review, or the academic chapter (though God forbid one write a dissertation chapter about their contemporaries); but moreso, I think it requires a constant renewal and invention of forms by those working across fields, institutional and cultural configurations. Forms that will not merely extend content, but that will emerge from the problems nearest the lives they impinge on, and which connect and overlap inextricably. Recently an older poet gave a reading with a considerably younger one, and insisted that they introduce each other. These introductions consisted of merely saying the name of the other poet, and in the case of the older poet also saying the name of the younger poet’s press. While I was ok with the older poet declining typical introductions, I was not ok with the younger poet getting the same treatment. Emergent practices (the practices of those younger, lesser known, and/or unprecedented by their isolation or exclusion from hegemonic publishing practices and arenas of reception), more than anything else, need not so much legitimation as sufficient context to make them legible and available to a readership wider than their ken. Yet, it is one’s ken specifically—those who have spent the most time with the person and the work, if not the place where the work was born (whether that be an actual place, or space for the imaginary)—who can most easily account for the work’s exigency—the fact that it was made with a need to communicate something and make certain things happen (however unawares or intentionally). While I expect critical exchanges will continue to happen wherever people care about the stakes of their work and the work of their peers, ON’s editors celebrate how much wiser we are for having encountered the offerings collected by our contemporaries in ON’s first issue, and acknowledge the fact that many others’ works are deserving of critical reflection, and more sustained engagements. If you have an idea for submissions, please see ON’s submissions guidelines at the journal’s website, or email the editors individually. We look forward very much to reading your submissions towards the publication of future issues.
Posted by Thom Donovan at 11:40 AM No comments:

Copies of ON will be available for $12.
Also available from Small Press Distribution: http://spdbooks.org and Cuneiform Press: http://www.cuneiformpress.com
Submission guidelines and more available at: http://oncontemporaries.wordpress.com

Admission is $8, $7 for students/seniors and $5 for members (though now those who take out a membership at $95 or higher will get in FREE to all regular readings).

We are wheelchair accessible with assistance and advance notice. For more info call 212-674-0910.
Posted by Thom Donovan at 3:23 PM No comments: