Kent Johnson has a provocative gallery currently up at MAYDAY magazine concerning the state of contemporary poetry criticism. The gallery includes a letter originally posted at Poetry Foundation, "Some Darker Bouquets," where Johnson argues for some kind of return to negative criticism as well as for the return of anonymous reviewing practices. It also includes responses to his letter by Kristin Prevallet, Rodrigo Toscano, Joe Amato and many others.

Personally, I am not interested in negative criticism (so called). In fact I'm not sure what a negative criticism would look like anymore--the field of poetry seems so heterogeneous and dispersed. The way I approach criticism tends to be from a position of desire. Mainly, I would like to understand my contemporaries better in relation to my own work. In the editorials for the magazine I coedit with Michael Cross and Kyle Schlesinger, ON Contemporary Practice, I have called this desire a desire for "discourse," sensing discourse's eclipse within a current culture of poetry. How can we understand our own problems as writers and culture workers better by writing critically about those we perceive as our contemporaries? How can this understanding lead to an encounter with larger cultural problems? How can poetry be a tool for the understanding, inquiry, learning--a way of getting to the whole shebang?

Negative criticism in poetry tends to chase its own tail. At best, it can clear the ground for evaluation; at worst, it is a mean-spirited gateway to legitimation compelled by the ego. Younger critics nowadays should attempt through discursive prose and critical experiment (which does not rule out non-discursive forms of writing) to make legible the writers they care about to themselves, if not to a larger readership. In other words, they should extend discourse. Any negativity, I believe, should issue from this initial impulse, which is an impulse of love, patience, and the desire for communication.

How to come to know our selves through our peers? How to come to know the world through a critical conversation? How to transform worlds coeval with this conversation? These are the questions I believe we must ask ourselves as "established" and "aspiring" critics. Criticism is only as "good" or "bad" as our desires and conduct. Critics should, thus, be asking themselves what they want through the production of criticism. None of this rules out having steady work, or even making criticism one's livelihood (as poets so often do out of economic necessity). It merely admits that the critic's livelihood should not overdetermine criticism as a form of action with certain consequences.
Posted by Thom Donovan at 6:03 PM 1 comment:

from Colombo, My Wife 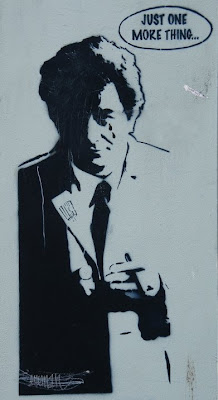 That it is a crime to live Colombo grasps
He holds his wife somewhere else in bed
Her body her voice which is all body I hear
You my wife in this Colombo my wife
And I am not afraid to live I am not afraid
To die if this seeing gives our deaths meaning
If it is a kind of sunshine only seen off-screen
Adumbrating the darker deeds and mayhem of this world.
Posted by Thom Donovan at 11:48 AM 1 comment:

Tom Clark sent me links to his blogs, which are definitely worth spending some quality time with. Especially for their curious play between image and word:

Gricevich/Schlesinger on Levy's Memories of My Father 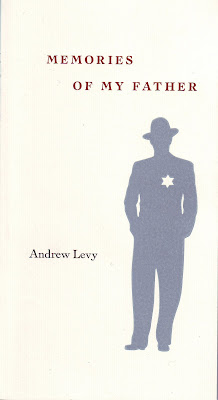 CANNOT EXIST editor, Andy Gricevich has written a thoughtful note on Andrew Levy's book, Memories of My Father at his blog, otherwise:
http://ndgwriting.blogspot.com/2009/04/where-to-house-that-lone-thought-little.html

And here is Kyle Schlesinger on the book a few months back: http://cuneiformpress.blogspot.com/2008/02/memories-of-my-father-by-andrew-levy.html
Posted by Thom Donovan at 1:34 PM 1 comment: