PennSound just put up quite a few new materials at my page there, including readings with CA Conrad at Zebulon Cafe, Joseph Bradshaw and Dana Ward at Con/Crescent in Philly, Steve Farmer for Poetic Research Bureau in LA, Catherine Meng for 21 Grand, and at the Kootenay School of Writing in Vancouver.
Posted by Thom Donovan at 8:57 PM No comments:

A discussion on the "Occupy Wall Street" action, which has resulted in the occupation of nearby Zuccotti Park since Saturday September 17th, andcongoing.

We would like to ask those who receive our emails, attend events, or will attend this one, whether or not you've been to the park and assemblies, what you think is missing, what you would like to add to the process, how this could be done, and explore any critiques of tactics, attitudes, dispositions, and politics you've seen thus far.

The composition and dynamic of the park changes week to week, even day to day. From the 80 arrests on September 24th to the 700 arrests of October 1st, things are escalating at a rate in which neither the media nor manipulators nor bureaucrats can make any sense, create any narrative, or stabilize any position. A march has been called for Wednesday October 5th at 4:30 outside City Hall (260 Broadway) featuring organized labor, community organizations, and in connection with a call for a national student walkout.

How does a General Assembly, its constituents parts, working and thematic groups, dialog with conflict? Conflict maybe described as an animus, or drive to utter and engender a hostility which results from the contradictions waged in everyday life. When prioritizing scheduling, messages, and social media, how do the groups relate to internal and external conflict? Is it amplified or dissipated? What and who gets excluded by the new vocabularies and modes of communication within the assembly? Does a simplistic affirmation of pacifism, for instance, overrule discussions on non-violence in a society grounded on violence? When we hear “respect the process”, what assumptions are made, and how does the process become a means of control or self censorship? How can our tactics subvert modes of representation that do not affirm uncompromising disobedience to authority in its open and subtle forms?

--The Carcass in Our Heads: A Mic Check - More of the Same, September
2011:
http://confusingsigns.wordpress.com/2011/09/27/the-carcass-in-our-heads-a-mic-check/
--Preliminary Notes Towards an Account of the "Movement of Popular
Assemblies" - TPTG, July 2011:
http://www.tapaidiatisgalarias.org/?page_id=105
--Fire Extinguishers and Fire Starters: Anarchist Interventions in the
#Spanish Revolution - CWC, June 2011:
http://www.crimethinc.com/texts/recentfeatures/barc.php
--Early Spring for the Badger - Politics is Not a Banana, May 2011:
http://www.politicsisnotabanana.com/2011/05/new-pamphlet-about-struggle-in.html
--Against Pacifist Linearity - Tom Nomad, 2009:
http://zinelibrary.info/against-pacifist-linearity
--How Nonviolence Protects the State - Peter Gelderloos, 2005:
http://zinelibrary.info/how-nonviolence-protects-state-peter-gelderloos
--Neither Democrats, nor Dictators: Anarchists - Errico Malatesta, 1926:
http://www.marxists.org/archive/malatesta/1926/05/neither.htm

Declaration of the Occupation of New York City*

As we gather together in solidarity to express a feeling of mass injustice, we must not lose sight of what brought us together. We write so that all people who feel wronged by the corporate forces of the world can know that we are your allies.

As one people, united, we acknowledge the reality: that the future of the human race requires the cooperation of its members; that our system must protect our rights, and upon corruption of that system, it is up to the individuals to protect their own rights, and those of their neighbors; that a democratic government derives its just power from the people, but corporations do not seek consent to extract wealth from the people and the Earth; and that no true democracy is attainable when the process is determined by economic power. We come to you at a time when corporations, which place profit over people, self-interest over justice, and oppression over equality, run our governments. We have peaceably assembled here, as is our right, to let these facts be known.

They have taken our houses through an illegal foreclosure process, despite not having the original mortgage.

They have taken bailouts from taxpayers with impunity, and continue to give Executives exorbitant bonuses.

They have perpetuated inequality and discrimination in the workplace based on age, the color of one’s skin, sex, gender identity and sexual orientation.

They have poisoned the food supply through negligence, and undermined the farming system through monopolization.

They have profited off of the torture, confinement, and cruel treatment of countless nonhuman animals, and actively hide these practices.

They have continuously sought to strip employees of the right to negotiate for better pay and safer working conditions.

They have held students hostage with tens of thousands of dollars of debt on education, which is itself a human right.

They have consistently outsourced labor and used that outsourcing as leverage to cut workers’ healthcare and pay.

They have influenced the courts to achieve the same rights as people, with none of the culpability or responsibility.

They have spent millions of dollars on legal teams that look for ways to get them out of contracts in regards to health insurance.

They have used the military and police force to prevent freedom of the press.

They have deliberately declined to recall faulty products endangering lives in pursuit of profit.

They determine economic policy, despite the catastrophic failures their policies have produced and continue to produce.

They have donated large sums of money to politicians supposed to be regulating them.

They continue to block alternate forms of energy to keep us dependent on oil.

They continue to block generic forms of medicine that could save people’s lives in order to protect investments that have already turned a substantive profit.

They have purposely covered up oil spills, accidents, faulty bookkeeping, and inactive ingredients in pursuit of profit.

They purposefully keep people misinformed and fearful through their control of the media.

They have accepted private contracts to murder prisoners even when presented with serious doubts about their guilt.

They have perpetuated colonialism at home and abroad.

They have participated in the torture and murder of innocent civilians overseas.

They continue to create weapons of mass destruction in order to receive government contracts.*

To the people of the world,

We, the New York City General Assembly occupying Wall Street in Liberty Square, urge you to assert your power.

Exercise your right to peaceably assemble; occupy public space; create a process to address the problems we face, and generate solutions accessible to everyone.

To all communities that take action and form groups in the spirit of direct democracy, we offer support, documentation, and all of the resources at our disposal.

Join us and make your voices heard!

*These grievances are not all-inclusive.

*Drafted and published originally by the New York City General Assembly.
Posted by Thom Donovan at 11:23 PM No comments:

Peopleless I didn't want
Of anything but freedom ripped

Never predicated this synthesis
Yet for a different kind

Of totality do we spray
The will within population

Saying what won't be defended
Because natural rights aren't given

Hedges grow like deficits
Inflation does more work breed
What you see but do not know
What you are doing and know too well
Concrete like money, like the air is heard

What we touch, even ourselves,
Immune to this gift no longer.

An update, for all who would like to organize a reading, or otherwise get involved:

Update: The protests were large and electric yesterday. We stand with all those arrested against their right of free speech and public assembly. If you were arrested, please contact Occupy Wall Street's Legal Sub-Committee through the National Lawyers Guild at 212-679-6018 ASAP. The National Lawyers Guild is a progessive alternative to the Bar. Secondly, a message from the Culture and Arts Sub-Committee to us: "We believe we are at the brink of a new art movement, a new school of thought. To catalyze that, we are creating collectives inside our Arts and Culture to advance our movement and society aesthetically, towards a new paradigm. We have already a collective on performance art, one is music, and hopefully you will join us with poetry." We have been asked by the Culture and Arts Sub-Committee to hold Poetry Assembly every Friday night. This is a leaderless event and we're looking for new organizers, facilitators, and promoters for every Poetry Assembly. If you are interested in facilitating a democratic assembly, please go on our event page at FridayNightPoetryAssembly@OccupyWallStreet and send a message to the event organizer. Finally, we have been asked to be more present on-site. We would like to be present daily at the library, including a representative/sign to let people know about poetry and the arts at Occupy Wall Street. We also need representatives of our group to attend Culture and Arts committee meetings. Can you let us know if you can help?
Posted by Thom Donovan at 5:58 PM No comments: 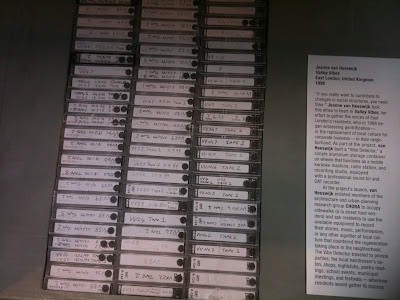 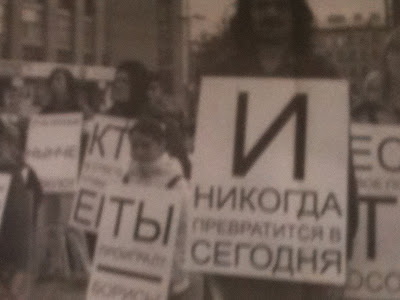 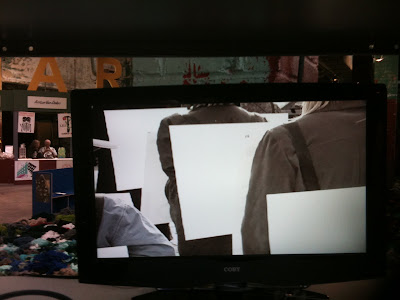 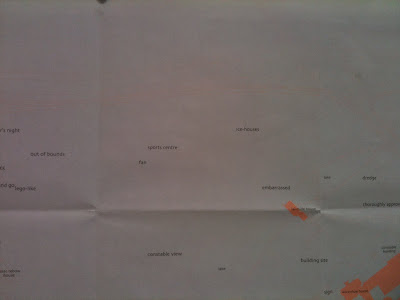 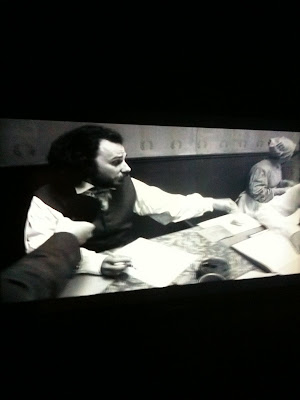 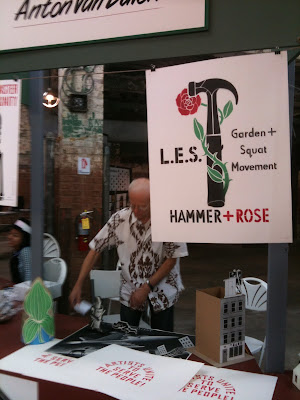 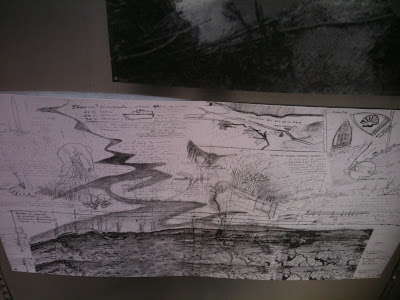 Posted by Thom Donovan at 5:36 PM No comments: 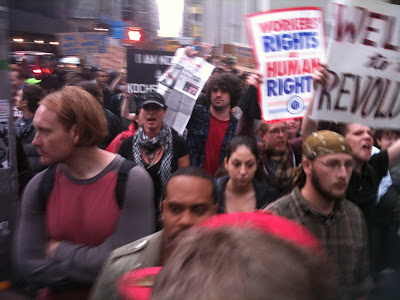 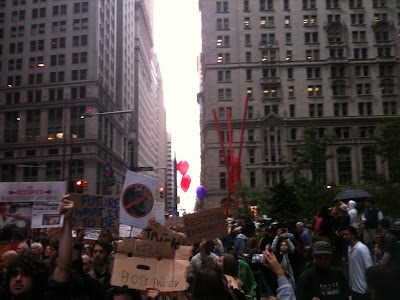 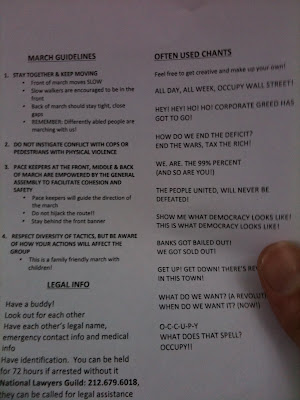 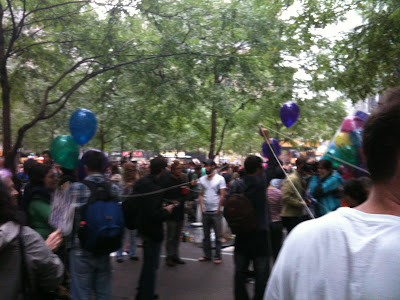 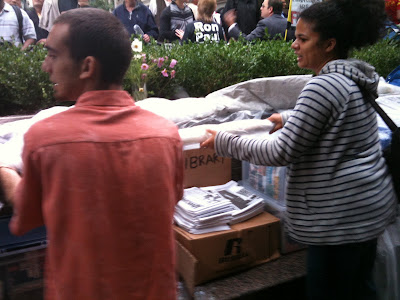 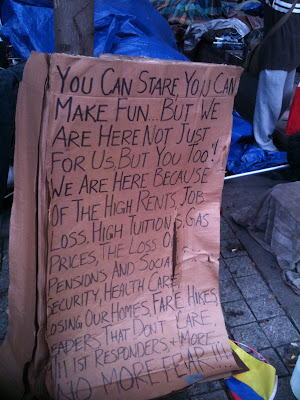 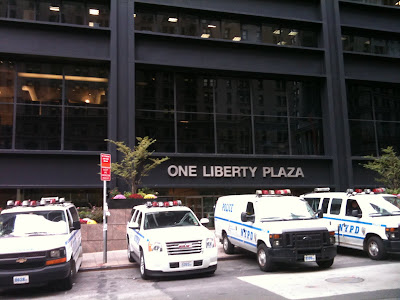 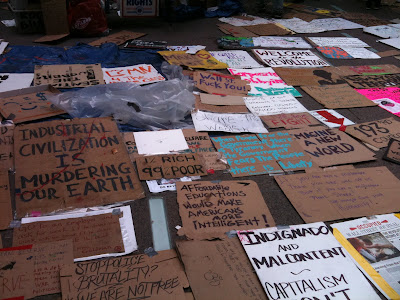 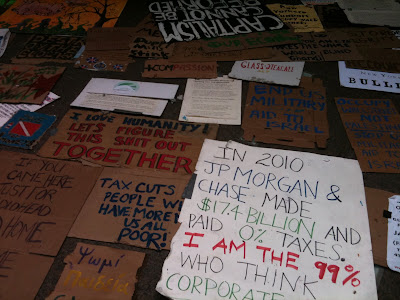 Posted by Thom Donovan at 5:31 PM No comments: