So we were the police...

Abandoned by the national discourse
Sunset of that discourse this is dawn
At least police if you won’t come to our side
Spray your own eyes out so you might see.
Posted by Thom Donovan at 12:02 AM No comments: 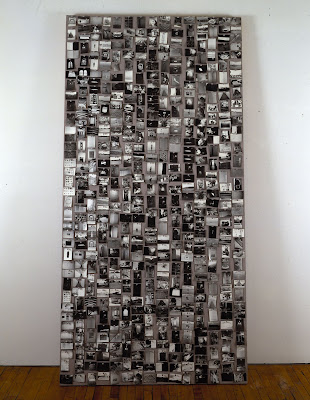 Here is a little piece I wrote about Matt Mullican's bulletin boards, for SFMOMA blog. Thanks to Suzanne Stein for inviting me to contribute!

The photographs gathered and pinned here project a time in the future when we will seem even more strange to ourselves. Like a time capsule, hieroglyphs, artifacts — not just cosmology, but the future conditional tense of a speculative anthropology. The “self” or “I” or “That Person” or “Mullican” acting, at different points, as both the object and the subject of a cottage anthropological project.
Posted by Thom Donovan at 9:25 PM No comments: 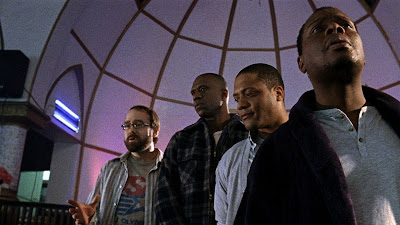 The Project for an Archive of the Future Anterior

The evening will begin with a presentation by Chicago-based artist Catherine Sullivan, who will show excerpts from her video works and documentation of her performances. Following the artist’s presentation, she will be interviewed by Thom Donovan and Sreshta Rit Premnath of the Project for an Archive of the Future Anterior.

Catherine Sullivan's works engage a variety of media - theater, film, video, photography, writing and sculpture. She has produced several performances and theater works wherein the performers are often coping with written texts, stylistic economies, reenactments of historic performances, gestural and choreographic regimes, and conceptual orthodoxies. The works address a broad spectrum of historical reference and often involve multiple collaborators including composer Sean Griffin. Her work is often staged and shot on sets for unrelated productions and in settings that project social function beyond the mise en scène Sullivan builds within them. What emerges from the numerous layers of collaboration and reference is an anxious and unresolved political and social sensibility.

About The Project for an Archive of the Future Anterior:

The tense of the future anterior (French: Future auxiliary verb + past participle) is one of potentiality. Within any given present, it images "what will have been" before an event actually comes to pass. To return to the moments of bifurcation is an objective of the Archive of the Future Anterior. An archive which wishes to serve less as a time-capsule than a provisional index of loss or misplaced futures; where future has not yet become past and multiple futures remain compossible within a single present.

Initiated by Thom Donovan and Sreshta Rit Premnath this project is a video archive of interviews in which artists, writers, scientists and colleagues from various disciplines discuss their work in relation to this future conditional tense. The interviews will present futures which never came to pass, but may still hold the potential to be realized in the present. We hope that by producing an archive of futures which have yet to come to pass we may be able to alter the course of the future, as well as change the way we narrate and remember the past. Putting artists, writers, historians, scientists and other culture workers in
dialogue with each other will be a crucial aspect of this project, inasmuch as we believe that in our present epoch fields of knowledge should communicate and synthesize to both recall and imagine a future we would want to create.

Through our collaboration, we also wish to destabilize the simple dichotomies of personal and social, interior and exterior, memory and history by triggering the future anterior tense wherein the stimulation of memory produces action, and imagination produces possible worlds of experience. Participants will likewise be encouraged to draw upon their somatic experiences as catalysts for potential futures. To what extent can our bodily memory (muscle memory, genetic code, anamnesis) germinate possible futures?
Posted by Thom Donovan at 2:17 PM No comments: