Hoping to avoid ‘my’ voice
Traveling any further than social space
Where the ink may dry—ex-
propriation of failure, here is the
Proper way to deal with property
Art thinking presents a whole
New range of problems
Like, hello, the product was autonomous,
Or the voice—only in a new way
There is territory—capital we still
Ain’t delivered from—like
Parodies of Facebook only excel
In obsolescence timed to capital
So this movement started,
Poetry calls voices to battle,
To capital again
Posted by Thom Donovan at 3:12 PM No comments:

Simon Leung's War After War & Wars I Will Have Seen 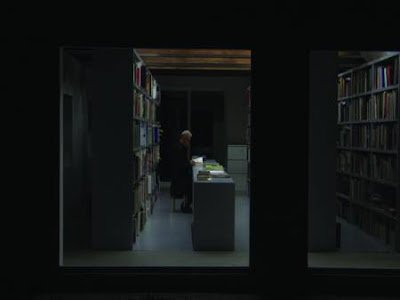 Wars I Will Have Seen | Simon Leung in conversation with Project for an Archive of the Future Anterior (Thom Donovan and Sreshta Rit Premnath)
Saturday, March 26th, 4:00-5:30pm

“Simon Leung has been redefining the negotiation of territory and boundaries of identity and culture, both in physical and metaphorical ways…Leung has, in his works both past and present, consistently reflected on cultural conditions that run parallel in daily and intellectual life.”
--Rirkrit Tiravanija

The work of Los Angeles-based artist Simon Leung serves as a companion guide for examining the dislocation and disparities that are left in the aftermath of war. Pulling inspiration from objects, people, and writing that have been removed from
their origins—through the effects of time, circumstance or historical violence, or through his own tactical displacements—Leung recombines these parts to form new allegories that parallel and challenge the received meanings of his source material. This amalgamation of historical specificity and against-the-grain interpretation is rendered in ways that both bestow credence to his original subjects, and open new narratives that question their previous certainty. Using video, performance, and other media, Leung obliquely reinvents the war stories of our time.

On view at CUE Art Foundation, Leung’s first solo show in New York since 1996, is a new single-channel video exploring these themes: War after War (2011). Revisiting the artist’s friend and frequent subject/collaborator Warren Niesluchowski, War After War serves as an accompaniment to the an earlier work, Warren Piece (in the ‘70s) from 1993. Niesluchowski, born in a displaced-persons camp in Germany, immigrated to the United States as a child, only to leave again when he became an army deserter during the Vietnam War. During the last decade he has become, in Leung’s words, a “cosmopolitan nomad”, often spending his time as an international houseguest without a permanent home of his own. These periods of transience in Niesluchowski’s life, paired with his original displacement, provided timely inspiration for Leung – it is not coincidence that both of these pieces were created during times of war – the Gulf War and Iraq/Afghan Wars respectively. Indeed both works function as meditations on the dislocation—physical, psychological, ethical—that wars create.

In War After War, the viewer follows Niesluchowski, playing a version of himself, as he wanders through what seems to be a library and a guesthouse of possibly one of his hosts, where he reads, rest, sings “leftist songs” in several languages, and reflects on his collaborations with Leung over the past twenty years. Throughout the video are voiceover readings from Immanuel Kant’s essay “Perpetual Peace: A Philosophical Sketch”, a text which considers the possibility of a world beyond war. For Kant, “peace” is a difficult, if not impossible ideal, given that that “the state of nature is rather a state of War.” This is where Leung’s work steps in – taking its audience to the place where ethical ideals and war’s remains look upon themselves, and we are left to consider the ramifications of wars, and to imagine the (im)possibility of living otherwise. 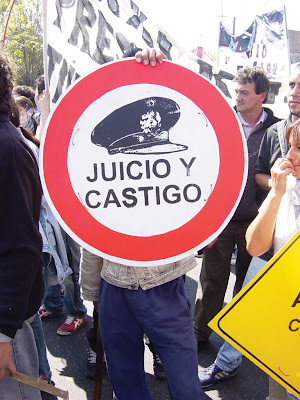 Here goes a feature I did on the Argentinian group, Colectivo Situaciones, at Art21 blog. A BIG THANKS to Brian Whitener who translated Colectivo Situaciones's responses to my questionnaire, acted as go-between, and helped me to proofread the feature. The feature draws largely upon the book he helped to translate from the Spanish, Genocide in the Neighborhood, which documents various groups in Latin American who have practiced what is known as "escrache," a process of achieving direct social justice through community-based rituals of public shaming.

Militant investigation, the practice we developed along with other collectives, was in this moment not only a mode of composition with these and other experiences but, at the same time, a means of intervening in the field of the production of knowledge and political hypotheses. The combination of all these impulses and practices under a form of horizontal cooperation brought the neoliberal project in Argentina to crisis, which became a massive insurrection in December of 2001, and caused a deep historical shift in Argentina and across the region.
--Colectivo Situaciones
Posted by Thom Donovan at 10:57 PM No comments:

The following is a reposting of some links at the SFMoMA's blog, Open Space, edited by Suzanne Stein. For a series Stein is doing called "Shoptalk," which is "focused on survival strategies artists develop and adopt to gain recognition and financial viability." A nice little bibliography if you ask me:

Blows the armor off
Our dance, conversation, amour—
So show me whose blogging
Nowadays? What this is for, the subject
Losing control again—call this
Communal noise what won’t be shared
Names the grave already a trace
Where you put it the sound of space-
Time occluded where you put it
Our hearts beat diachronous like breaks
Over beats, wild styling this Lefebvrian city
Paris 1968, Paris 1871, Egypt 2011
And Vancouver forever, Cincinnati,
Friends of poetry
Posted by Thom Donovan at 4:20 PM No comments: