The Poetry Foundation has a useful write-up about Stacy Doris's book project with Publication Studio, The Cake Part, which will feature "fantastic" censored literature from the era of Marie Antionette. As Doris tells PF:

The Cake Part is a fantastic redeployment of banned pamphlets from the time of the French Revolution in the form of a book-length poem. Long kept hidden because of their transgressive content, these pamphlets were stored in a secret archive at the Bibilothèque nationale called the enfer (hell). Highly pornographic and formally promiscuous, The Cake Part is an eruption of all the repressed joy and terror of that 18th century revolution, back into our time, into the 21st century. Set in the typography of Web 2.0, the design of this book searches for the modern day equivalents of these banned pamphlets in the virtual networks which aid and abet current revolutionary movements.

The project includes videos of Doris's friend and colleagues reading and performing selections from the book, including a video I shot with my dog, Lucy.

Here is some of what Poetry Foundation has to say:

In a consideration of how best to launch the book, Doris and Matthew Stadler decided to use the revolutionary potential of the internet and ask varied and friendly poets to participate in an online book launch for The Cake Part (which will take place at the Morgan Library in NYC). Doris told us that she was interested in how “online presence is central to the structure of revolutions today, and how in a sense it was in the French Revolution as well, where zines and other networks were key for circulating information and propaganda.”
Posted by Thom Donovan at 11:41 AM No comments: 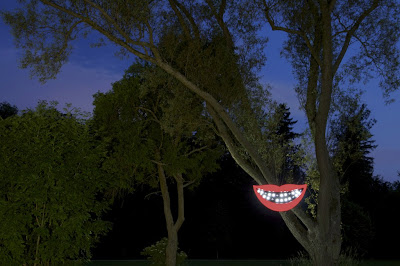 Time is my recent fascination. By that I mean the effect that time has on history, how past truths are debunked over time through research and new understandings. For example, the New York Times recently reported that Memorial Day actually began on May 1, 1865, when Black workmen re-buried over 250 Union Army casualties and later, with other freedpeople, White missionaries and teachers, staged a 10,000 person parade and celebration.

I’ll provide a few examples from my own work. A few years ago I made a series of chrome plated lawn jockeys based on the story of Jocko Graves. Jocko was a stable boy who sought to fight alongside George Washington. Deemed too young, Jocko was ordered to maintain the stables and keep a lantern lit to guide troops home after battle. One evening, Washington and his troops returned finding Jocko frozen to death, still clenching the lantern. Touched, Washington erected a statue at Mount Vernon honoring Jocko. Later replicas evolved/devolved into the lawn jockeys we are more familiar with before being denounced as derogatory symbols after slavery. Ironically, some lawn jockeys were reportedly used as markers along the Underground Railroad. The three sculptures in the series Jocko, are frozen in a state of emergence and dissolution, symbolizing the conflicted history of Jocko and the lawn jockeys he inspired. Similarly, my recent repurposed quilt drawings entertain the contested history of whether or not quilts were used as “signposts” along the Underground Railroad.
Posted by Thom Donovan at 12:52 PM No comments: