from Armand Schwerner's The Tablets II

Posted by Thom Donovan at 6:45 PM No comments: 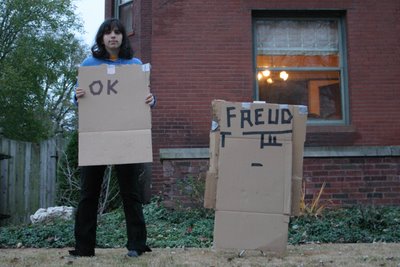 We aligned falsely and do not see the brute exhibit for all evaluations worth
In this gas and despair we can thrive by dying for now our time to cry no
Being immortal organs for hearing noontide a way towards every fact never sung
Calling out the broad conditions of this leave from fronts I hear
That child whose image insists where they put the cut the will is power put
Promising no one some lines in your judgment book so we are time so far.
Posted by Thom Donovan at 1:54 AM 2 comments: