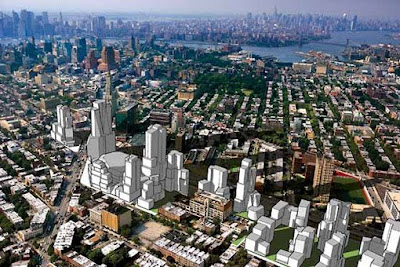 The difference anything
Makes when it’s moved
Those dead call me
Back from identity to you.

"You aren’t building amphitheaters to your personal thought patterns rather
you are ebbing away at cultural excess and the overload of spurious statement.

Your I is my eye and I in a non-possessive way. Maybe better said, I is what is of
you and likewise…?"

I is what is left of us?

Despaired declaring
Us a consequence of
Exchange not actually
Redeemable

Of feeling being with you being
Apart from you grows to this
Distance whereof I may affirm
That by which I is called to love.
Posted by Thom Donovan at 11:41 AM No comments: 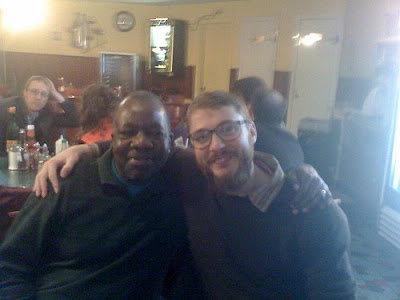 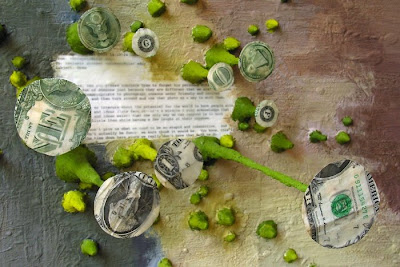 Cannot Exist #4: a politics of magazine culture (THIS SATURDAY at 4PM ) Come join Eileen Myles, Rodrigo Toscano, Christina Strong, Laura Sims, Lawrence Griffin, Rick Burkhardt, Thom Donovan and others for Segue's launch of Cannot Exist #4, a magazine edited by Andy Gricevich of Madison, WI devoted to overlap between politics, philosophy, and poetry. Presentations and readings will be followed by an open conversation about the politics of magazine culture--how the small magazine can affect politics and establish a cultural commons. While a lot of attention continues to be paid to identity formation in contemporary poetry, especially as it concerns the intersection of race, sexuality, and gender categories, not nearly as much attention has been paid recently to class. A few outposts in contemporary poetry where class is a major concern include the work of PhillySound poets such as CA Conrad and Frank Sherlock, as well as the work of Eileen Myles, Andrew Levy, Buck Downs, Yedda Morrison, Alan Gilbert, Kristen Gallagher, Rich Owens, Carol Mirakove, Jane Sprague, Taylor Brady, Joel Kuszai, and Kristin Palm. In the work of the aforementioned writers, and many who keep their company, class antagonism, as it intersects with other identity antagonisms, extends problems of poetic form.

This is also true of Stephanie Gray, whose experiences growing up working class in Buffalo, New York permeate much of her work, as do also her experiences of being gay and disabled (Gray suffers from severe hearing impairment). While Gray’s experiences might hinder another artist, making them want to disavow their background or sentimentalize it, Gray chooses instead to affirm her experience through a poetics unique for its combination of critique, autobiography, Steinian “insistence”*, and polysemy (word-play and pun).

Gray’s poetics is also unique insofar as it successfully negotiates a filmmaking practice. That writing poetry and making films are not discrete practices, but utterly complementary and informative of each other, is especially apparent where Gray proceeds paratactically in her poems, often splicing phrases and sentences together as one might a segment of film. Furthermore, in the roving attention and looping syllogistics of Gray’s poems, one discerns the logic of a film-maker making sense of experience through association, slippage, and the repetition of language elements (discursive arguments as well as sound-images).

Like Stan Brakhage, who of course cut his teeth on Stein and Ezra Pound as much as on any filmmaker who preceded him, Gray presents both Steinian portraiture (many of her poems remind me of the time-sense in Brakhage’s Window Water Baby Moving) and compositions as explanations (whereby Gray’s situation of address often begs further questions and digressions while also bringing prior one’s back into play.)

Another aspect of Gray’s work that is curious to me, if not deeply moving, is the fact of her voice. While critics now-a-days are justifiably loathe to talk about the “voice of the writer,” or, when they do talk about such voices address them uncritically, as though they were given from “on high,” anti-historically, and without the tuition of others or one’s own embodiment, in Gray’s voice I recognize the singular sweetness and quiet assertion of the person I have seen around at film screenings and poetry-related events for the past nine years. In this voice, I find a persistent teasing and wise-cracking that often broach gallows humor. In this voice, I also find all the force and necessity of one slighted by past difficulties—the capillary functioning of disciplinary regimes—yet who humbly assents to present circumstance.

It interests me that this voice is a voice formed by hearing impairment, since Gray often includes variations of the same word by her use of parentheses and brackets. Having myself grown up hyper-conscious of hearing impairment (when I was ten I was diagnosed with an auditory processing disability) it interests me how Gray has used her own disability to develop a poetics where listening and communication are integral.

As in Stein’s Lectures in America or the work of Gray’s mentor, Eileen Myles, it is easy to lose the nuances of what Gray is saying if one doesn’t read closely, and with an ear for transcription (i.e., written-speech). In this sense, I find Gray’s poems also highly rhetorical, and to proceed principally by making arguments, criticizing, and directly addressing a real (and imagined) readership. Such modes of address are playful, yet accusatory and implicating, where we find Gray taking to task Redhook hipsters for gentrifying the neighborhood and ignoring its seedy Mafioso/fish-mongering past. Gray also wags a finger where she criticizes the ironic gestures of her contemporaries given to drinking PBR (rather than a better tasting beer), wearing trucker’s hats (where Gray’s dad is actually a truck-driver), and sporting 80s heavy metal t-shirts (where Gray was once a devoted fan of Van Halen and Metallica, and may still be to this day).

With the possible exception of CA Conrad, I don’t think there is any contemporary poet I know of addressing class issues in such humorous ways as does Stephanie Gray. And, also not unlike Conrad, Gray is a poet indebted to place—the places where she has lived, as well as the people who inhabit those places. Whereas in Gray’s 2007 book, Heart Stoner Bingo, she negotiates her native Buffalo with NYC, to which she moved in early 2005, many of her more recent poems are dedicated to Queens, where she currently lives, and to the East Village, as Punk institutions such a CBGB’s have vanished before our very eyes during the past decade.

In Gray’s newer poems she pays tribute to such New York favorites as Frank O’Hara, from whose “Personism” essay she extracts first lines for poems, and Joey Ramone, who grew up in Middle Village, Queens not far from where Gray currently lives. While Gray’s signature insistences are alive in these newer poems, so is the celebration of a New York that is quickly passing.

Among the packet of poems Gray gave me a couple weeks ago anticipating today’s reading, a poem that particularly impressed me was one she wrote in a workshop with Kristen Prevallet at St. Mark’s Church. This poem—remixing quotations from texts by Charles Olson, Robert Creeley, Cecila Vicuna and others—reads like a wonderfully cobbled-together essay in verse/manifesto. I will leave you with an excerpt form this work before Stephanie takes the stage:

Don’t read your own poems.
Leave poems in orphanages.

Does the poem need to explain itself?

Create your own reality.
But it’s not the greatest place to live all the time.

Poem is high energy.
Poem is a contained opening.

Is it the right highway exit?

Form reveals itself through the process of writing.

Almost Fin
Thesises [sic] are not things that need to be proven for poetry.

Insert here: pop songs I know all the words to

Final Fin:
The poem works in the mind fuzz.


*in an introduction for Gray at Just Buffalo Literary Center April 17th, 2008 Michael Kelleher writes: "In Stephanie’s recent work I think you find an example of what Gertrude Stein would call “insistence,” a term she distinguished from “repetition,” to refer to a language that repeats in order to be heard over the din of the crowd, to insist on being heard before moving on. In these prose poems, the poet fastens on to a word or a phrase and repeats it in different formations and contexts until it gets a full “hearing” so to speak. Moving by incremental variation, her poems reveal a keen observer viewing the world while gliding through it toward some as-yet-unseen truth whose revelation might arrive only after it has been fully and clearly heard. So, please listen."
Posted by Thom Donovan at 2:09 AM No comments: